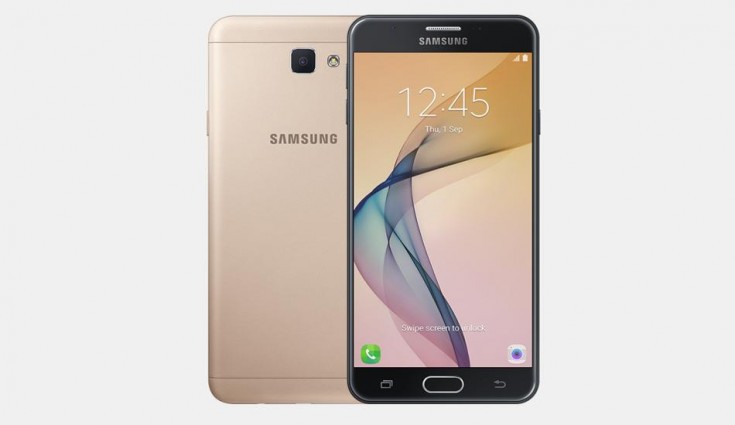 The Galaxy On5 2016 was launched in India last year as Samsung Galaxy J5 Prime.

As per the Wi-Fi certification, the Samsung Galaxy On5 2017 will support single-band Wi-Fi a/b/g/n (2.4GHz) and Wi-Fi Direct connectivity features. Sadly, the listing does not show any specifications except that the device will be powered by Android operating system. However, the version of Android is also not revealed in the listing. The listing also reveals that the smartphone boasts the model number as SM-G5528 with the certification ID WFA70793 and the date of certification being 8th March 2017. Since the Galaxy On5 2016 comes with model no SM-G550x, the leaked smartphone is widely expected to be next Galaxy On5 series smartphone. 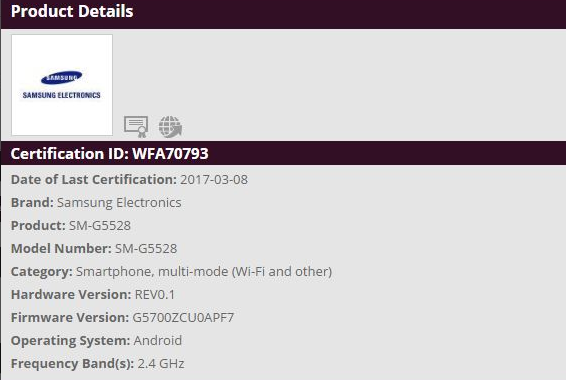 On the camera front, Galaxy J5 Prime flaunts a 13-megapixel rear camera with f/1.9 aperture and an LED flash, and a 5-megapixel front-facing camera with f/2.2 aperture for selfies and video chats. The smartphone also has a fingerprint sensor that is integrated into its home button. Besides, the smartphone offers dual-SIM slots, 4G with VoLTE support, WiFi, Bluetooth, GPS, and a micro USB port.