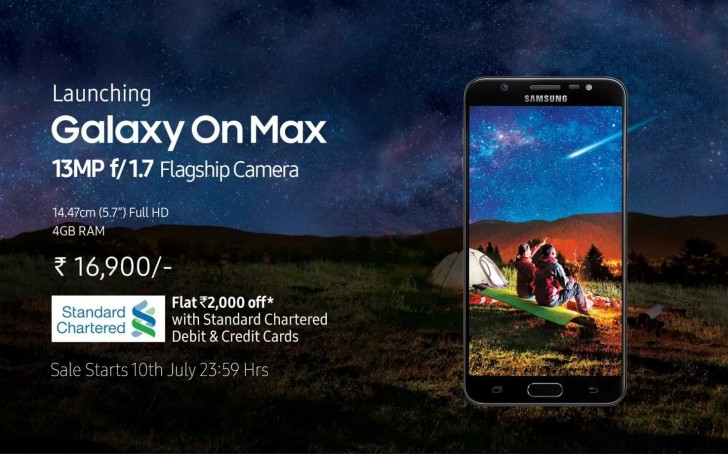 Samsung on Friday launched a new Flipkart exclusive smartphone, the Galaxy On Max

Samsung has announced a new smartphone in their mid-range segment – On Max for Rs 16,900. It has a huge 5.7-inch FHD display, 4 GB of RAM and support for Samsung Pay Mini which was launched last month alongside the J7 Pro and J7 Max. This smartphone will be exclusively available on Flipkart from 10th July

Talking more about Samsung Galaxy On Max, it is powered by an octa-core MediaTek MTK P25 SoC coupled with 4GB of RAM.The smartphone boasts 32GB of inbuilt storage that is expandable via microSD card up to a maximum of 256GB. Further, the smartphone runs on Samsung’s TouchWiz UI on the top of Android 7.0. Further, the smartphone is backed by a 3300 mAH battery.This one also features a fingerprint sensor.