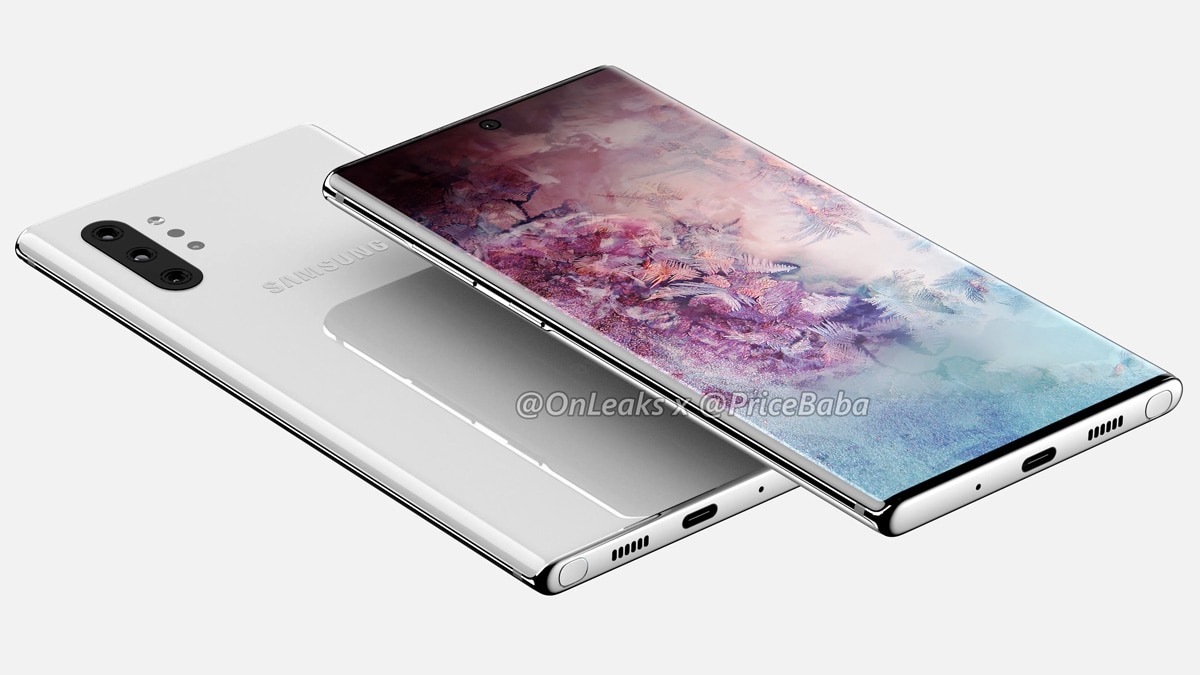 A higher-end variant of the Samsung Galaxy Note 10 which is likely to be known as Galaxy Note 10 Pro, has leaked online via a set of leak-based renders.

A separate report from South Korea also reveals that the Samsung Galaxy Fold will be relaunched next month. As per the report, a launch event will be held by Samsung sometime this month and it will make the phone available in July.

The renders show that the upcoming smartphone will feature an edge-to-edge display with curved edges. It will have thin bezels at the top and the bottom. It will have a punch hole display with a single camera in the front. The Galaxy Note 10 Pro also sports an in-display fingerprint scanner.

On the left side, the phone has the power and the volume buttons. At the bottom, there are the USB Type-C port, speaker grille, cutout for the S Pen, and microphone, while the top edge has a secondary microphone, infrared sensor, and SIM tray. There is no 3.5mm earphone jack on the Galaxy Note 10 Pro.