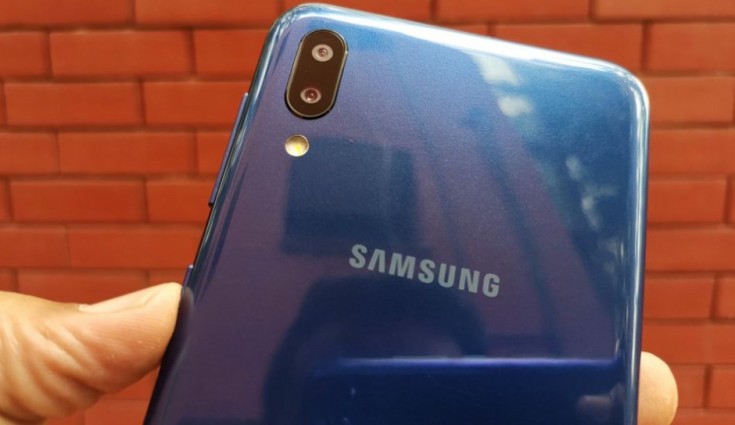 Samsung Galaxy M30s might feature a large 6,000mAh battery and it will be powered by the Exynos 9610 SoC.

We already know that Samsung is working on a new variant of the Galaxy M30 smartphone. Recently, the SM-M307F smartphone was spotted online on GeekBench. Now the smartphone has received WiFi certification from the WiFi Alliance (WFA). The listing suggests that the launch of the handset may be imminent.

The Wi-Fi certification reveals that the Samsung Galaxy M30s comes with model numberSM-M307F and it will support 2.4GHz and 5GHz bands, and offer 802.11 a/b/g/n/ac connectivity. The Wi-Fi Alliance certification was first spotted by SamMobile. 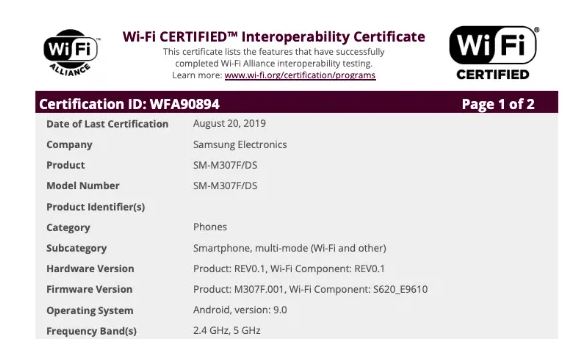 The listing does not show any specifications except that the device will be powered by Android 9.0 Pie operating system. The listing carries the certification ID WFA90894 and the date of certification being August 20, 2019.

The report further reveals that Galaxy M30s might feature a large 6,000mAh battery and it will be powered by the Exynos 9610 SoC.

As per earlier reports,Samsung Galaxy M30s is expected to launch in Indiaand a few other markets soon. It says that the phone will be available in Black, Blue, and White colour options.

The GeekBench listing revealed that the Galaxy M30s (SM-M307F) will be powered by 1.74GHz octa-core Exynos 9610 processor coupled with 4GB of RAM. The smartphone will run on Android 9 Pie operating system which is likely to be skinned with the company’s OneUI.

Samsung Galaxy M30s will be placed just below the Galaxy M40 smartphone and will get some camera improvements as well. Further, the smartphone is expected to come in two storage variants- 64GB and 128GB storage.