Samsung Galaxy M13 will house a rectangular triple camera unit and an LED flash in the top left corner at the back. 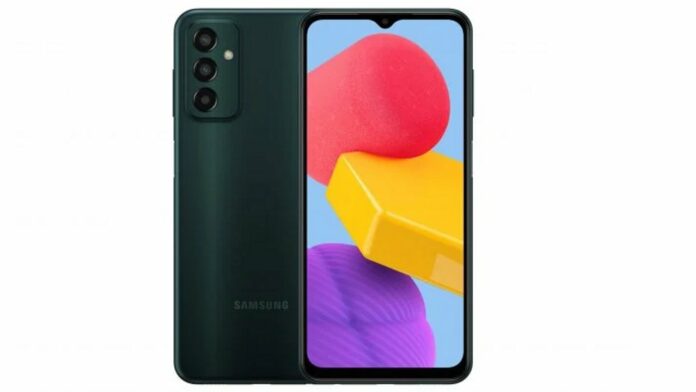 Samsung is currently working on the Galaxy M13, an entry-level smartphone. The phone is soon expected to launch in different markets. Now ahaed of the launch, the official-looking images of the upcoming smartphone have leaked online. The images reveal the design, features, and colours of the Samsung Galaxy M13.

Noted leakster Evan Blass (@evleaks) has shared three images of the Galaxy M13, each of which display the phone in a different colour. The images show that the handset will come in three colour options – Copper, Green, and Silver.

For the design, the images reveal that the smartphone will feature a waterdrop notch screen and a sizeable chin. The back panel of the device will house a rectangular triple camera unit and an LED flash in the top left corner.

Further, the right side of the device features a volume rocker and a power button, which is integrated with a fingerprint scanner. Apart from these details, the tipster has not revealed any other details of the upcoming Galaxy handset.

As per earlier rumours, the Galaxy M13 could have a 6.5-inch IPS LCD display with HD+ resolution. It may pack a 5,000mAh battery with 15W fast charging support. There could be a 50MP primary camera, an ultrawide camera, and a 2MP depth sensor at the rear.

It will be available at all leading retail outlets, Samsung online Store & Flipkart starting from today around the country. The new variant will feature the same specs as the existing variants.