In terms of specs, the Lava Pixel V2 is as good as the Samsung smartphone despite having a lesser price tag.

Lava recently launched its Pixel V2 at Rs 10,750, which will take on many popular phones including the Samsung Galaxy J5 which is available for Rs 11,999. Both phones seem to be capable packages on the face of it, but let’s delve deeper in this faceoff.

The Samsung Galaxy J5 looks like any other Samsung smartphone that you can spot from a mile away. It has the traditional home key, just below the display flanked by the return and menu buttons on either side. It has an anodised body and shiny cheap-looking faux-metal side bezels. However, it is quite slim (142.1 x 71.8 x 7.9 mm) and is light weight (149 grams).

The Lava Pixel V2 reminds us of Sony smartphones with metal rim, glass coating on both front and back panels. The phone measures 141.6 x 70.8 x 7.6 mm and weighs 128 grams, making it smaller, thinner, and lighter than the Samsung Galaxy J5 by a decent margin.

So even with lesser resolution, the J5’s screen should look as good as that of Pixel V2 (may be even better) as it has been made with Super AMOLED technology. But Pixel V2’s screen has additional Dragon Trail Glass protection. 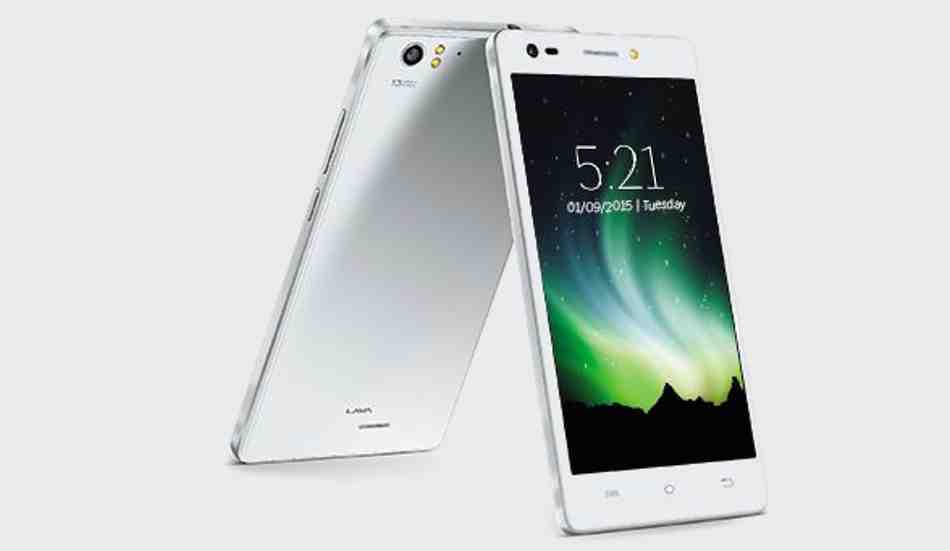 The Lava Pixel V2 is armed with a 64-bit MediaTek MTK6735 quad-core processor clocked at 1.3 GHz, which runs with 2 GB of RAM. The internal memory stands at 16 GB, to which you can add another 32 GB via a micro SD card.

The Samsung Galaxy J5 is equipped with a Snapdragon 410 quad-core processor clocked at 1.2 GHz which runs with 1.5 GB of RAM. The internal memory stands at 16 GB, to which you can add another 128 GB via a microSD card.

Both these phones have UIs that are based on Android Lollipop (5.1). Samsung’s TouchWiz is a tried and tested OS with some amount of bloatware, but excellent functionality. The Lava phone runs on a new StarOS, for which we are still awaiting feedback.

The Lava Pixel V2 packs a 2500 mAh battery into its slim package. The battery can provide up to 9 hours and 50 minutes of talk time on 3G, while the standby time hasn’t been revealed.

The Samsung Galaxy J5 is armed with a 2600 mAh battery which can provide up to 14 hours of talk time or 340 hours of standby (network not known).

The Lava Pixel V2 also offers a 13 megapixel primary camera. This is armed with a 5 layer Largan Blue Glass lens, an aperture of f/2.0, auto-focus, panorama, Night Pro and numerous other features. This camera can record videos at 1080p and has the backing of a flash light too. It too offers a 5 megapixel front camera with a 4 layer Largan lens with an 84 degree wide viewing angle, aperture of f/2.4, and even a flash light.

The Lava Pixel V2 is definitely better equipped, but since both the phones have matching specs, it is difficult to call a winner till we have a real world camera test.

In terms of specs, the Lava Pixel V2 seems as good as the Galaxy J5. In few departments, the Lava smartphone infact looks a bit better than the J5. Also note that the Lava handset is cheaper than the Samsung smartphone and thus a value for money handset as compared to the J5. However, their actual performance is remains to be seen which will tell which one of them is really a value for money device.