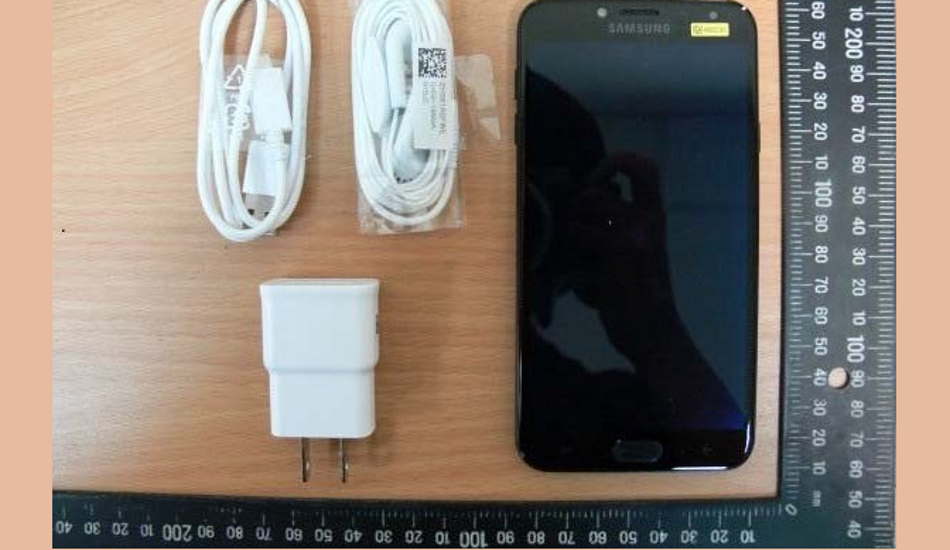 Samsung Galaxy J4 will feature a fingerprint scanner enabled home button below the display of the phone.

Samsung is working on its upcoming mid-ranger Galaxy J4 smartphone. The device is expected to go official later this year as Samsung’s latest offering in the mid-range segment. Now the Galaxy J4 smartphone has been certified by NCC, Taiwan’s certification body. The images on the NCC website shows the smartphone from the front and the back. 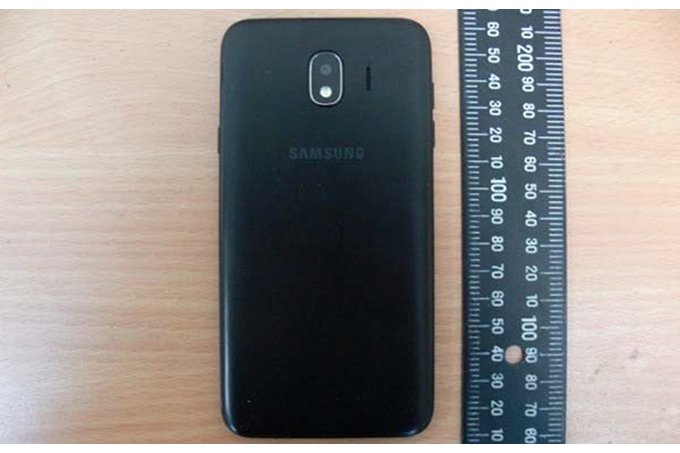 The images were first spotted by Nashvillechatterclass and it reveals that the smartphone from the front and back panel. As per the images, the smartphone seems to pack a polycarbonate body. The front features a regular 16:9 aspect ratio while the back panel shows a single rear camera with LED flash. On the right side of the device, lies the power key while the left side shows volume rocker button. Below the display of the phone, there is a fingerprint scanner enabled home button. 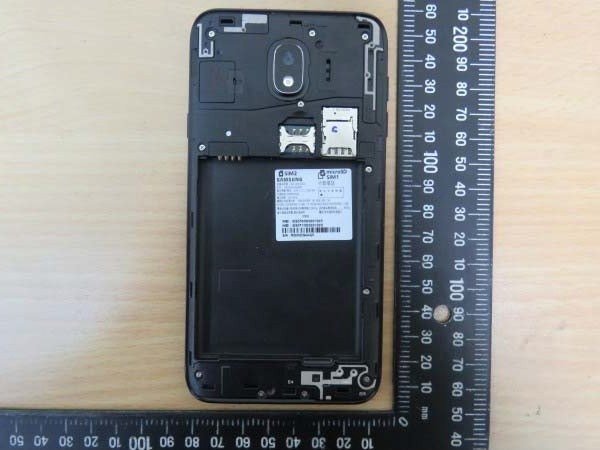