Without further ado let’s begin with the comparison of the Samsung Galaxy J2 (2018) and Xiaomi Redmi 5.

Samsung has today announced the launch of its latest budget-centric smartphone, the Galaxy J2 (2018) in India. The smartphone comes with a price tag of Rs 8,190 and it will be available from April 27.

With this, Samsung is trying to strengthen its J-series of budget smartphones, which is company’s highest selling series followed by On-series. However, things have changed off lately as Xiaomi has understood the essence of the budget segment and is currently holding the top position with its wide range of smartphones.

The brand recently launched Redmi 5 in India. The model we are going to compare here comes with 3GB of RAM and it comes with a price tag of Rs 8,999, which is almost similar to what Samsung is offering with Galaxy J2 (2018). So, it makes sense to compare the two. So, without further ado let’s begin with the comparison of the Samsung Galaxy J2 (2018) and Xiaomi Redmi 5. 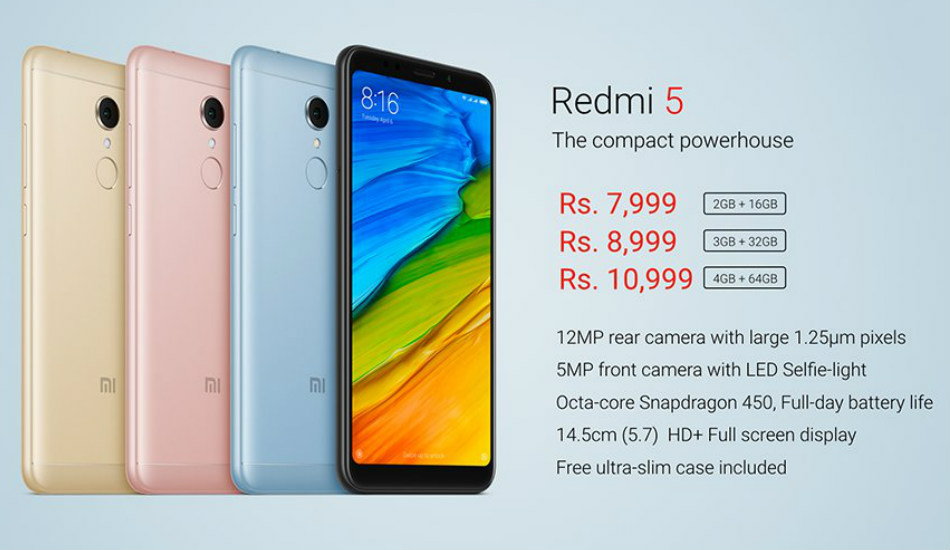 Further, it is a shame that Samsung does even consider giving its users even an HD display for the budget-centric smartphones. The device bear a 5-inch qHD Super AMOLED display with a screen resolution of 960 x 540 pixels. On the other hand, the Xiaomi Redmi 5 is offering a bigger and better display with its 5.7-inch HD+ IPS screen with a resolution of 1440 x 720 pixels.The display on the Redmi 5 is far better than the one present in Samsung Galaxy J2 (2018), which makes it a desirable option to consider.

Clearly, the Xiaomi Redmi 5 is more powerful in terms of computing power with the latest Snapdragon 450 processor, while the Galaxy J2 (2018) runs on an older Snapdragon 425 processor. Further, you get more RAM and storage on the former as compared to the latter. So, the winner of this round is pretty clear. Right?

Winner: Xiaomi Redmi 5, by all means! 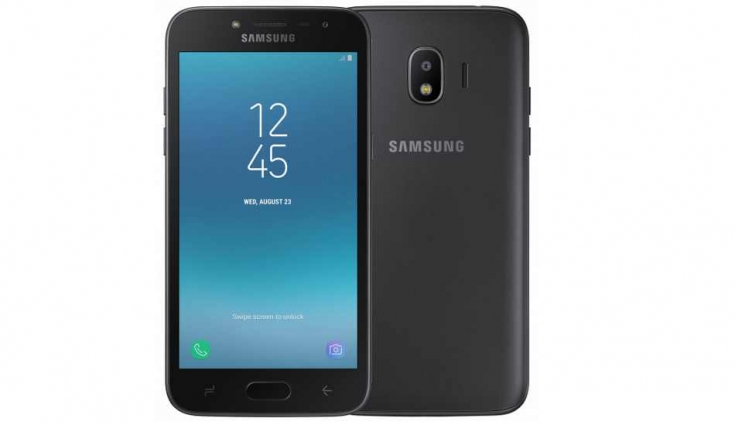 Both of the smartphones feature similar camera specifications for the front camera, though the major difference here is at the back. The Redmi 5 has a 13-megapixel sensor, while Galaxy J2 (2018) bears an 8-megapixel. So, in terms of sheer specs comparison, Redmi 5 takes the lead and has a clear edge over the Galaxy J2 (2018) here.

SoftwareOn the software front, both the smartphones run on Android Nougat. Both the user interface are world’s apart and both of them have a host of interesting features to offer. So, we leave this one the user, as those who are known to Samsung’s UI will prefer Galaxy J2 (2018), while those who have used Xiaomi device will find Redmi 5 more desirable.Winner: Tie

VerdictTo conclude, the Xiaomi Redmi 5 has destroyed the Galaxy J2 (2018) in almost every department. The phone with its latest 18:9 aspect on display, powerful processor, better camera and battery backup makes the Galaxy J2 (2018) feels like an underachiever in all regards. So, if you are planning to buy the Galaxy J2 (2018), we suggest you should skip as it does not have the kind of specs that has become a standard affair in the budget segment.