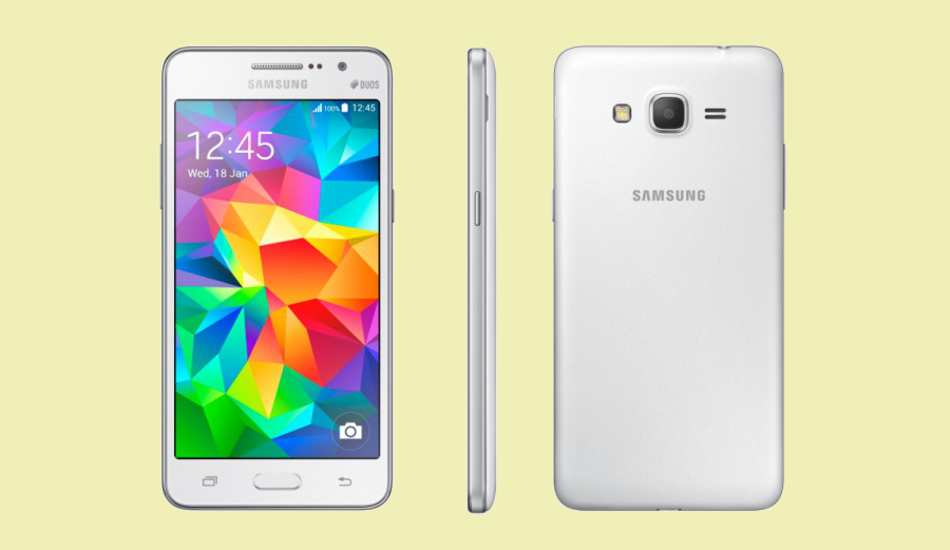 Earlier this month, a Samsung smartphone with model name SM-G532F was spotted on Indian export, import website Zauba. This is expected to be the successor of Galaxy Grand Prime and could be launched as Galaxy Grand Prime 2016. Now the same smartphone has been found listed on Geekbench website.

As per Geekbench listing, the alleged Samsung Galaxy Grand Prime 2016 is powered by a 1.44 GHz quad-core processor, 1.5 GB of RAM, and will run on Android 6.0.1 Marshmallow operating system. Further, as per listing the phone got 599 in single-core test and in muli-core test it received 1790.

Earlier, Zauba listing revealed that the upcoming smartphone would have a 5-inch display.

Just to recall, the Samsung Galaxy Grand Prime was launched in September 2014 for Rs 15,499 in India. Galaxy Grand Prime comes with a 5 inch display with qHD (540×960 pixels) resolution. It runs on a 1.2 GHz quad core processor with the help of 1 GB RAM, Android 4.4 KitKat operating system. The phone has 8 GB internal storage and a micro SD card slot for a 64 GB card. For connectivity, the Galaxy Grand Prime has WiFi, Bluetooth 4.0 and microUSB 2.0. It has a 2,600mAh battery, two SIM slots offering 3G and 2G connectivity too and 8-megapixel rear camera, 5-megapixel camera at the front.