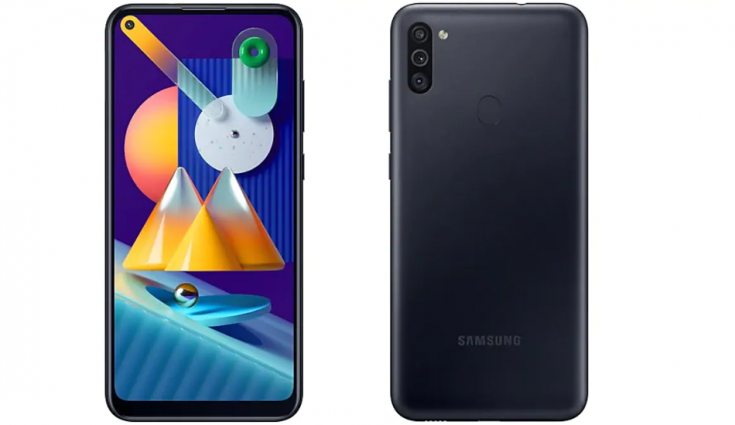 Samsung Galaxy M11 features a 6.4-inch HD+ Infinity-O LCD display with a screen resolution of 1560 x 720 pixels with a punch-hole at the top left corner of the display. The phone is powered by a 1.8GHz Octa-Core Snapdragon 450 processor paired with up to 4GB of RAM. The storage can be expanded via microSD upto 512GB.

There is a 5,000mAh battery that supports 15W fast charging. The phone runs on Android 10 operating system with OneUI 2.0 running on top of it. The Galaxy M11 also has a rear-mounted fingerprint sensor. Connectivity options on the phone include 4G, Wi-Fi 802.11 b/g/n, Bluetooth v4.2, GPS/A-GPS and a 3.5mm headphone jack.

The Galaxy M11 comes with a triple rear camera setup that includes a 13-megapixel primary sensor with f/1.8 aperture, a 5-megapixel ultra-wide-angle lens that has a field-of-view (FoV) of 115 degrees and a 2-megapixel depth sensor. The rear cameras support video recording of up to 1080p. For the front, there is an 8-megapixel selfie shooter with f/2.0 aperture, housed in a hole-punch located at the top left corner of the screen.

The Samsung Galaxy M01 comes with a 5.71-inch HD+ Infinity-V display with a screen resolution of 1560 x 720 pixels along with 19:9 aspect ratio. The smartphone is powered by a 1.95GH Qualcomm Snapdragon 439 octa-core processor, paired with 3GB of RAM and 32GB of onboard storage. The storage can be expanded upto 512GB using a microSD card slot. There isn’t a fingerprint sensor on the phone.