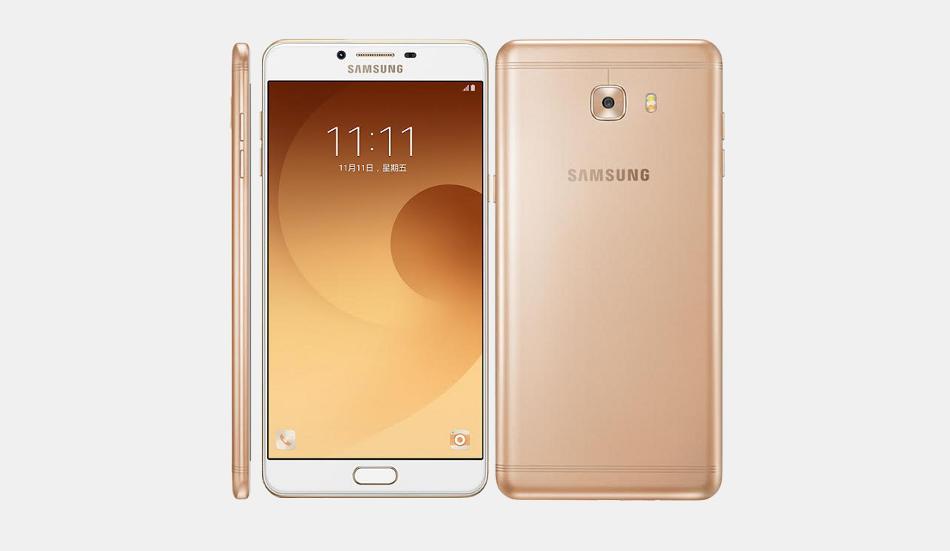 Samsung Galaxy C9 Pro is backed up by a 4,000 mAh battery with fast charging technology.

The Samsung Galaxy C9 Pro which was launched in China in October last year is expected to be launched in India thisJanuary. As per a report of MySmartprice, Samsung will be launching its first Galaxy C series smartphone in India by month end.

The report says that along with the smartphone, Samsung will also launch its smartwatch- Gear S3. Also, note that we had earlier reported that Samsung Galaxy Gear S3 might come to India in January 2017.

Samsung Galaxy C9 Pro a 6-inch display with full HD (1920 x 1080 pixels) AMOLED display. It is powered by an octa-core Snapdragon 653 (4 x 1.95GHz + 4 x 1.44GHz) processor and Adreno 510 GPU. The phone has a 6GB RAM, 64GB internal memory and 256GB expandable memory slot. The smartphone runs on Android 6.0.1 Marshmallow operating system and is backed up by a 4,000 mAh battery with fast charging technology. The device also features a fingerprint sensor on the home button.

Samsung had unveiled its Gear S3 line-up last year at IFA 2016. The Gear S3 comes in two variants – a rugged designed ‘Frontier’ and elegantly designed ‘Classic’ model. While the Frontier variant is designed for any occasion, the Classic variant is designed as a luxury watch with careful attention to detail such as size, shape etc. Both the variants are water resistant (IP68 certified) and have built-in GPS, Bluetooth 4.2, NFC support and WiFi. In addition to this, the Frontier variant also has its own 3G/LTE chip for mobile payments anywhere through Samsung Pay and LTE connectivity, though this feature will be region specific.

Recollecting the technical specifications, in the front, the Gear S3 sports a 1.3 inch Circular Super AMOLED display with 360 x 360-pixel resolution and Corning Gorilla Glass SR+ for protection. The new smart watch from the South Korean giant is powered by 1 GHz Dual-Core processor paired with 768MB RAM and 4GB internal memory. The Gear S3 runs on Tizen based wearable platform 2.3.2 and has a 380mAh Li-ion battery which interestingly supports wireless charging. Regarding the sensors, both the variants have Accelerometer, Gyro, Barometer, HRM and Ambient Light sensor.