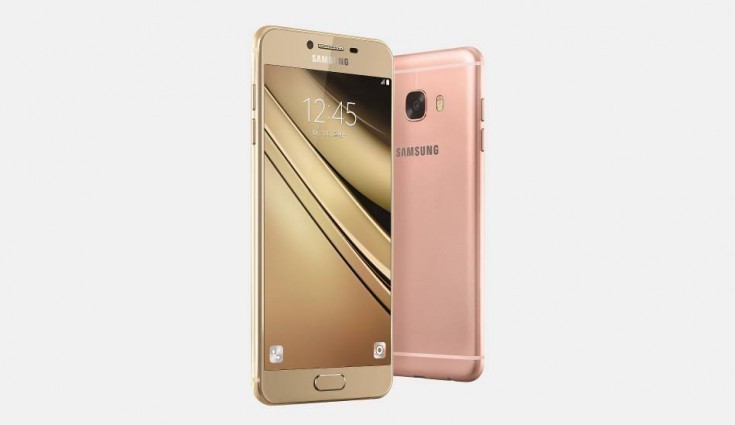 The device will run on Android Nougat 7.1.1 and it is also expected to come with a physical home key as well, which will double as a fingerprint scanner.

As per a leakster which goes by the name @mmddj_china on Twitter, the Samsung Galaxy C8 with model number SM-C7100 will launch on September 7. Till now we were taking Samsung SM-C7100 as Samsung Galaxy C7 (2017) smartphone.

The specifications of the Samsung Galaxy C8 have already revealed via various listings like TENAA and GeekBench. As per multiple listings, the Samsung SM-C7100 is expected to a 5.5-inch full HD (1920 x 1080) Super AMOLED display. It will be powered by MediaTek Helio P20 MT6757 2.39/1.69 GHz octa-core processor which is coupled with 4GB/3GB RAM, 32GB/64GB of native storage and 256 GB expandable storage via a micro SD card. The device will run on Android Nougat 7.1.1 and it is also expected to come with a physical home key as well, which will double as a fingerprint scanner.

For the camera, the Samsung phone will sport a dual camera setup of a 13-megapixel and 5-megapixel rear camera with LED flash and a 16-megapixel front-facing camera. The smartphone is said to be fueled by 2560 mAh battery. Connectivity options of the smartphone will include 4G-LTE with VoLTE, Bluetooth, WiFi, GPS/A-GPS and a micro USB port. The dimensions of the phone will be 152.4 x 74.7 x 7.9 mm and it weighs 178 grams.