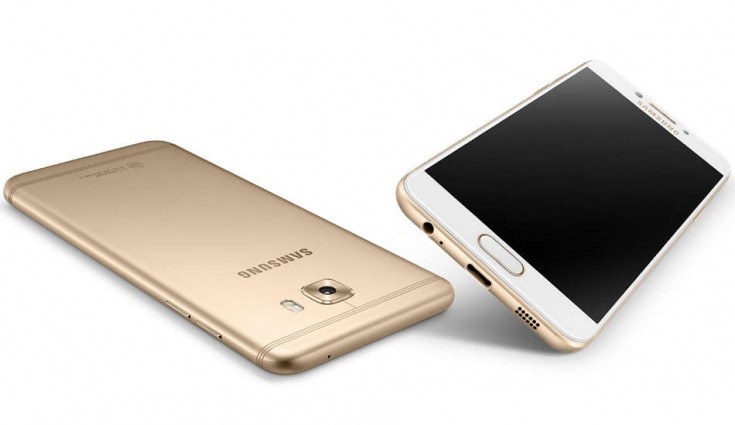 Samsung launched Galaxy C7 in the year 2016 with Android Marshmallow while the Galaxy C5 Pro was launched in 2017 in China with Android Nougat operating system.

Since it is an over the air update, one can check for the updates manually by going to the Settings> Software Update> Download Update.

The Galaxy C5 Pro comes with 5.2-inch display with full HD Super AMOLED display and 1920 x 1080 pixels resolution. The phone has 4GB RAM, 64GB of internal storage, 256GB expandable memory slot. It is armed with a 2.2GHz octa-core Qualcomm Snapdragon 626 processor and Adreno 506 GPU. The C5 Pro has a fingerprint sensor embedded in the physical home button in the front and it has and a 2,600 mAh battery. It comes with a 16-megapixel rear camera and a 16-megapixel front camera.

On the other hand, the Samsung Galaxy C7 features a 5.7-inch display with full HD (1920 x 1080 pixels) Super AMOLED display. Powered by a 2 GHz octa-core Snapdragon 625 processor, Adreno 506 GPU, the phone has 4GB RAM and 32/64GB of internal storage. A 3,300 mAh battery with Qualcomm Quick Charge 3.0 fuels the phone. The device also features a fingerprint sensor on the home button. It has a 16-megapixel shooter on the back with dual-tone LED flash, f/1.9 aperture and an 8-megapixel front camera.