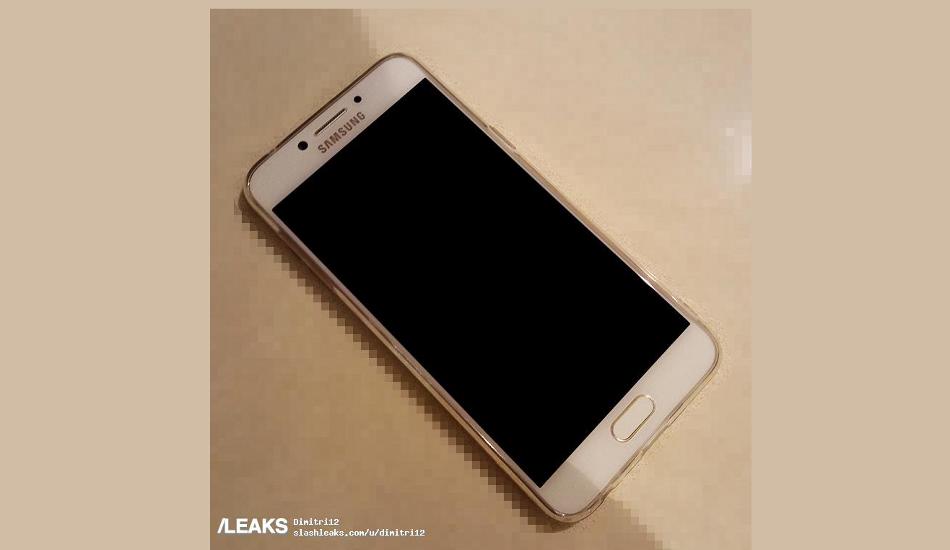 Apart from their pricing, both the smartphones live images have also been leaked. The real image of Galaxy C5 Pro has been leaked in Blue colour. While the Galaxy C7 Pro live images have been spotted on slashleaks which has been shown off the device from all angles. The smartphone has been leaked in golden colour on the website and is covered in a transparent case. Its About section in Settings reveals the device name as the Galaxy C7 Pro and confirms the model number as SM-C7010.

As per earlier multiple reports, Samsung Galaxy C5 Pro is expected to come with a 5.2-inch or 5.5-inch full HD display with 1080 x 1920 resolution. It will be powered by Qualcomm Snapdragon 626 octa-core processor with Adreno 506 GPU coupled with 4GB of RAM. The C5 Pro will come with 64GB of internal memory and it will boast a 16 megapixel rear camera and a 16 megapixel front-facing camera for selfies.

The Samsung Galaxy C7 Pro is expected to come with a larger 5.7-inch full HD display with the same 1080 x 1920 resolution. It will powered by the same Qualcomm Snapdragon 626 chipset as in Galaxy C5 Pro. The smartphone will also come with same memory configuration and same camera setup at rear and front (16-megapixel) as Galaxy C5 Pro.

Additionally, Both the Galaxy C7 Pro and the Galaxy C5 Pro are also rumored to come with a USB Type-C port, Samsung Pay mobile payment service, and a fingerprint scanner. Both are expected to run on Android 6.0.1 Marshmallow operating system with the company’s new ‘Grace UX’ layer on top.