Samsung Galaxy A71 receives One UI 2.1 update in India with June security patch 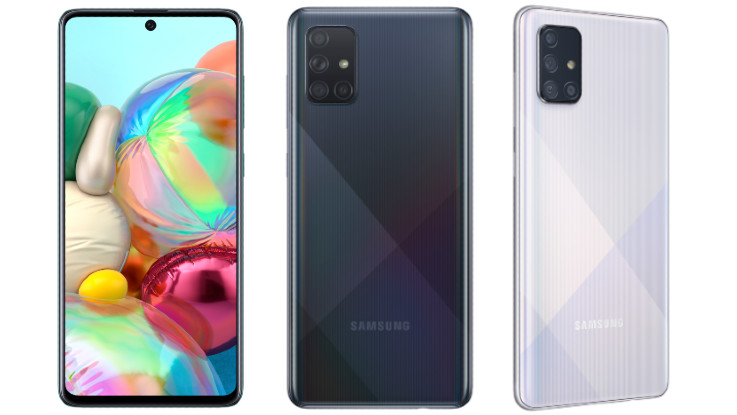 The latest software update sports version A715FXXU2ATG1 and is 1749.73MB in size. It is said to be rolling out in a few countries, including India, Poland and UAE, reported by SamMobile. The update brings several camera features like Pro Mode, Single Take, My Filters, Night Hyperlapse. It also brings Quick Share and Music Share to Galaxy A71.

Single Take lets you capture a series of photos and video clips for 10 seconds when you tap the shutter button. MyFilters allows you to replicate the effects of your favourite photos.

The update is rolling out over the air and should reach your Galaxy A71 in a few days. You can check for the update by going to Settings > Software Update > Download an Install.

Samsung Galaxy A71 comes with a 6.7-inch Full HD+ Infinity-O Super AMOLED display with a screen resolution of 2400 x 1080 pixels. The smartphone is powered by a Qualcomm Snapdragon 730 processor along with 8GB of RAM and 128GB of internal storage. The phone has 4500mAh battery with support for 25W fast charging. It also features an on-screen fingerprint sensor and face unlock feature