Samsung Galaxy A50 gets a new update in India

The update changelog reveals that camera picture quality of the Galaxy A50 has been improved.

Samsung has started rolling out a new update to its latest mid-range smartphone, the Galaxy A50, in India. The update comes with bug fixes, improvements and latest security patch.

The company has started rolling out the update with version number A505FDDU1ASC1/A505FODM1ASC1/A505FXXU1ASB7 and weighs around 141 MB. The update changelog reveals that camera picture quality of the Galaxy A50 has been improved. The security of the phone is also improved with the latest update. It also carries March 2019 security patch. In order to download the latest update, users need to go Settings > Software Update > Download and Install. It is important to backup your personal data just in case. 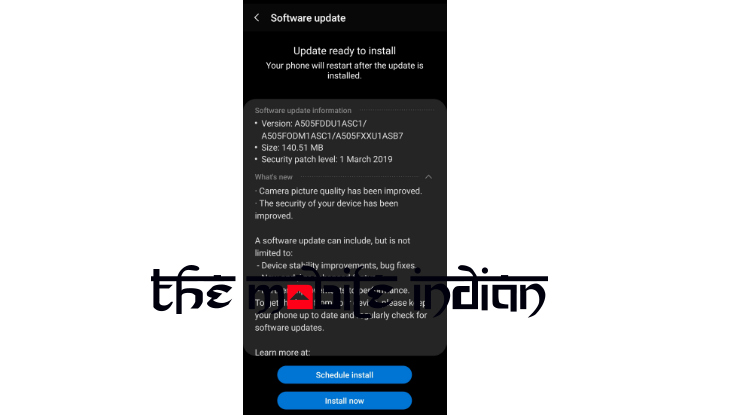