Samsung Galaxy A04s specifications have been leaked as per which the device should have triple rear cameras. 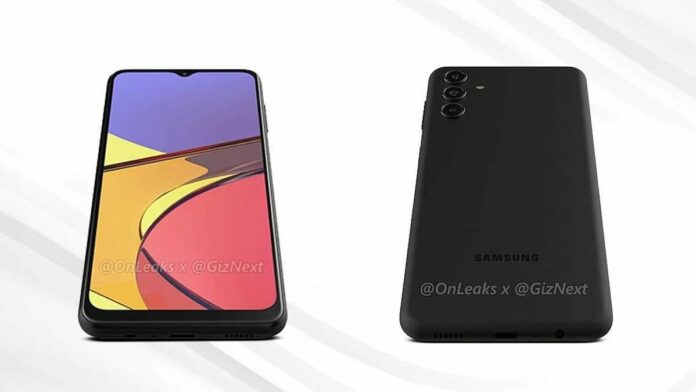 Samsung is working on launching a new budget smartphone called Galaxy A04s whose specifications have been leaked now. The renders for the smartphone were also leaked a few months back. As per the tipped specifications, the Galaxy A04s will get an octa-core Exynos 850 SoC paired with 3GB of RAM.

As per a report by Pricebaba, the Samsung Galaxy A04s may be priced at EUR 179 (approx Rs 14,262) for the 3GB + 32GB option. The Samsung phone could arrive in Blanc and Noir colours. The device should sport a 6.5-inch HD+ display with a waterdrop notch, 90Hz refresh rate, and Gorilla Glass 3 protection.

It should get an octa-core Exynos 850 SoC paired with 3GB of RAM, 32GB inbuilt storage which should be expandable up to 1TB. For optics, it should feature a triple rear camera setup with a 50-megapixel main sensor, a 2-megapixel macro shooter, and another 2-megapixel portrait camera. On the front it could get a 5-megapixel selfie camera.

It will pack a 5,000mAh battery with support for 15W fast charging and a side-mounted fingerprint scanner for security. As per the renders that were leaked earlier, the phone will feature a flat display with a waterdrop notch at the center. The leak reveals that the device is equipped with a 6.5-inch display.

At the back, there is a vertically aligned triple rear camera setup with LED flash. Though, there is no camera bump. The device has its volume controls and power button on the right side. The latter doubles up as a fingerprint scanner. The bottom edge features a speaker grille, a microphone hole, a USB Type-C port, and a 3.5mm headphone jack. The leak states that the Galaxy A04s measure 164.15 x 76.5 x 9.18mm.