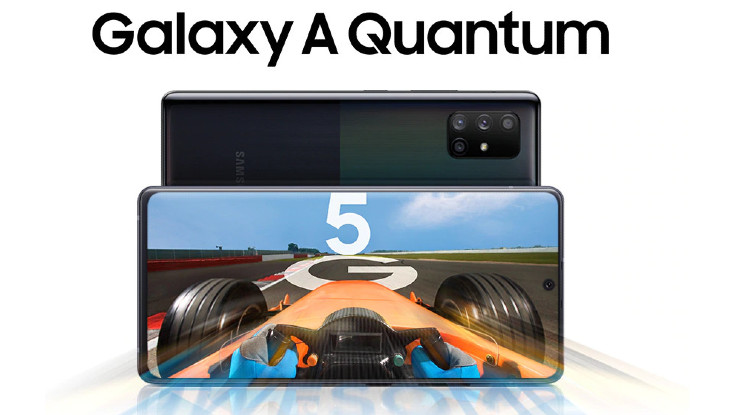 Samsung has announced the launch of its first 5G smartphone that comes with a dedicated security chip. Dubbed as Galaxy A Quantum, the smartphone is available in Prism Cube Black, Prism Cube Silver and Prism Cube Blue colour options.

The major highlight of the smartphone is the SKT IDQ S2Q0000 chipset that is said to world’s smallest quantum random number generator. The chip is developed by SK Telecom’s Switzerland-based subsidiary ID Quantique. The chip provides safety to services like SK Pay, T ID Login and Initial by generating unpredictable and patternless random numbers based on quantum crypto technology. There is a CMOS image sensor that detects light emitted by the LED light source.

Coming to the specifications, the Galaxy A Quantum is loaded with a 6.7-inch Full HD+ Super AMOLED Plus Infinity-O display with a screen resolution of 2400 x 1080 pixels. The smartphone is powered by a 2.2GHz octa-core Samsung Exynos 980 processor along with Mali-G76 GPU. The phone comes with 8GB of RAM and 128GB of internal storage, which can be expanded up to 1TB via microSD card slot.

The phone is loaded with a quad-camera setup at the rear with a combination of 64-megapixel primary lens with f/1.8 aperture, 12-megapixel wide-angle lens with 123-degree FoV, 5-megapixel depth sensor and 5-megapixel macro lens. For the front, there is a 32-megapixel selfie shooter with f/2.2 aperture.