Samsung's mobile head confirmed that the company is launching Galaxy Note 8 at the Mobile World Congress 2013.

Samsung has big plans for the Mobile World Congress 2013 this year. Samsung’s president and head of mobile communications, JK Shin inadvertently confirmed that the company will introduce the Galaxy Note 8.0 at the MWC 2013, as reported by Korean News Daily. The Galaxy Note 8 will come with an HD display and will house a quad core 1.5 GHz Samsung Exynos mobile processor. This tablet will also bundle the S-Pen and will feature the TouchWiz user experience on top of Android 4.1 Jelly Bean.

Samsung’s mobile division head JK Shin confirmed that the company will launch the 8 inch display bearing Samsung Galaxy Note 8.0 at the Mobile World Congress 2013. The Galaxy Note 8 will rest between the existing Galaxy Note products with screen sizes ranging between 5.3 to 10.1 inches. 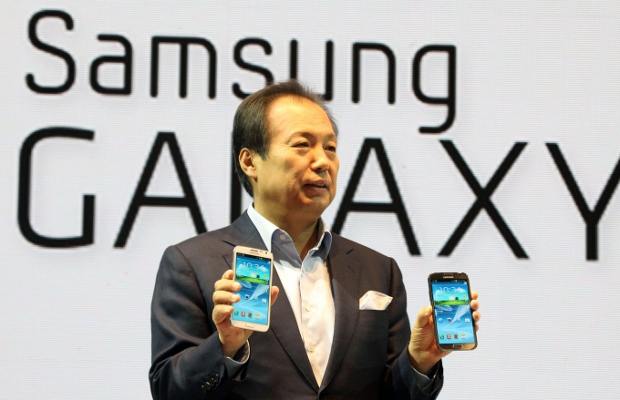 Samsung would not admit this, but it aims to compete with the Apple iPad mini, which is slowly getting popular alongside the Asus Google Nexus 7 tablet.