Reliance reveals its first 4G smartphone, to be launched under LYF brand

Mukesh Ambani led Reliance Jio is set to launch its pan-India 4G services soon. Meanwhile, the company has announced that it will soon launch its own brand of 4G LTE smartphones under the brand ‘LYF’. It has also shared the picture of the smartphone (see image). However, it did not reveal either its specifications or price.

“The brand built on the premise of unmatched user experience will offer high performance handsets that deliver a true 4G experience comparable to the best in the world. LYF range of smartphones with superior features like Voice over LTE (VoLTE), Voice over Wi-Fi (VoWi-FI), HD Voice and HD quality video calling will enable users to experience a new digital life,” the company said in a press release. 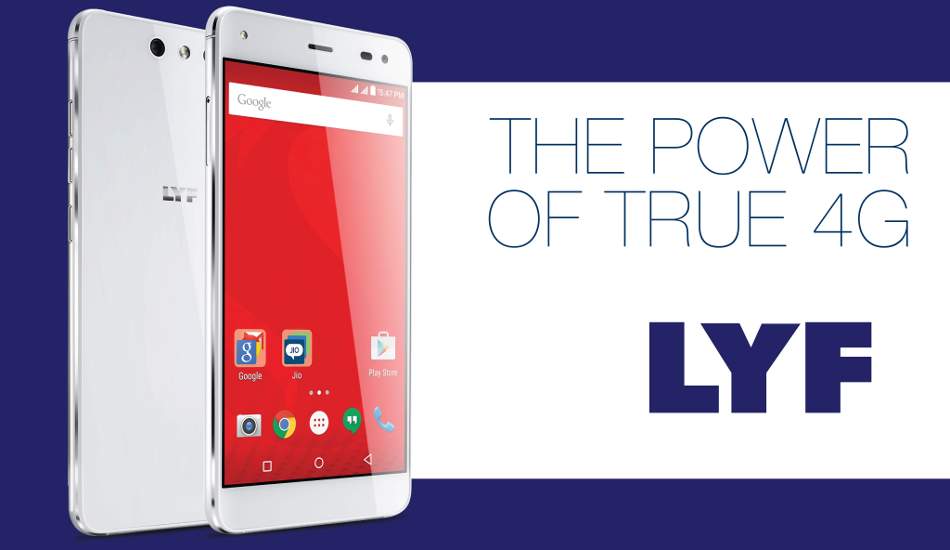 “LYF phones will reach consumers across the country through one of the widest distribution and retail network for smartphones. The devices will soon be available at multi-brand outlets (MBOs) and modern trade including Reliance Retail stores across India,â€ it further said.

It is to be noted that, earlier in July this year, Reliance Jio promised to launch a 4G smartphone below Rs 4,000 this year itself (read full report here ).

Reliance Jio Infocomm Limited (RJIL), a subsidiary of RIL, is expected to roll out its 4G services by the end of this year and is currently testing its 4G networks. RJIL is the first telecom operator to hold pan India Unified License. It holds spectrum totalling to 751.1MHz across the 800MHz, 1800MHz and 2300MHz bands. RJIL plans to provide seamless 4G services using LTE in 800MHz, 1800MHz and 2300MHz bands. RJIL has recently asked DoT (Department of Telecommunication) for permission to share spectrum in the 800MHz band with RCOM across seven circles.

“The company expects to ramp up its beta program over the next few weeks to further optimise the network, prior to commercial launch of operations. Financial year 2016-17 is projected to be the first year of commercial operations for RJIL,” the company revealed.