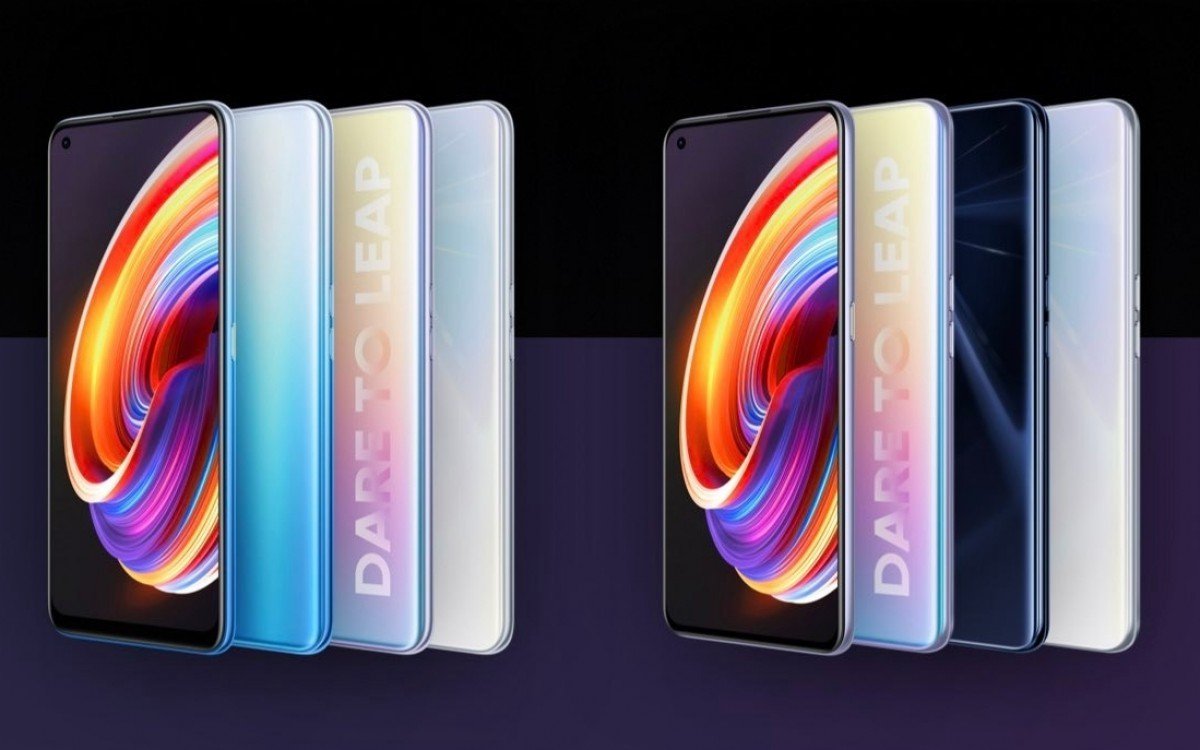 The upcoming Realme X9 Pro is expected to be the company's imaging flagship for the year.

As a part of Realme’s new “Dual-platform, dual-flagship” strategy, the company has said it will launch two flagships a year where one would focus on performance while the other one will focus on photography. It seems like the photography-focussed smartphone for this year will be the Realme X9 Pro. 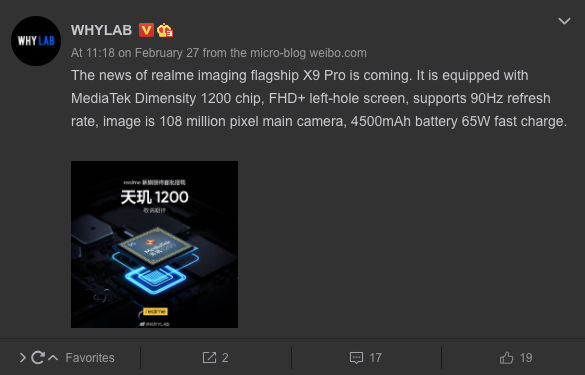 The company has already revealed the performance based flagship to be the Realme GT which is launching on the 4th of March. One flagship will arrive with the Qualcomm Snapdragon 888 SoC (Realme GT in this case), while the other will use a MediaTek chipset.

The Realme X9 Pro specification leak comes from WHYLAB on Weibo according to whom, the smartphone will feature an FHD+ display that will have a cornered punch-hole cutout housing the front camera. The display will have a 90Hz refresh rate.

It should be powered by the MediaTek Dimensity 1200 SoC and will have an 108MP primary camera sensor on the back of the handset. The phone is expected to be backed by a 4,500mAh battery with a 65W fast charging solution.

The leak doesn’t mention any specific launch timeline for the device but it should arrive sometime this year only.

Talking about the Realme GT that is launching on 4th of March, it is expected to sport an OLED panel with up to 120Hz refresh rate support. It will be powered by Snapdragon 888 processor and equipped with 12 GB of RAM, 256 GB of internal storage.

The Realme GT 5G is expected to feature 125W fast charging on a 5000mAh battery. Realme GT is speculated to feature a triple camera setup with 64-megapixel primary camera. The other sensors could be the ultra-wide-angle lens and a depth or macro lens.