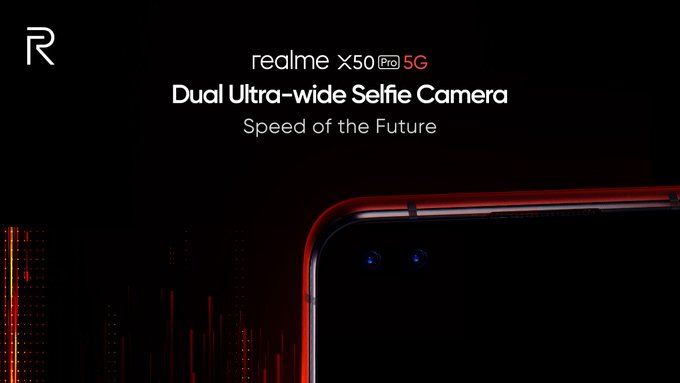 Realme has rolled out a new software update to its Realme X50 Pro smartphone. The update brings May Security Patch along with other improvements.

Realme took to its online community to announce the arrival of the new software update for its Realme X50 Pro. The update comes with version number RMX2076PU_11_A.21. The official changelog reveals that the update brings May 2020 security patch and adds the DocVault ID feature and newapplication realme Link.

To recall,Realme X50 Pro 5G comes with 6.44-inch Full HD+ display with a 90Hz refresh rate and 180Hz sample rate. The phone is powered by a Qualcomm Snapdragon 865 processor. It has a quad-camera setup with a combination of 64MP primary lens, 12MP telephoto lens, 8MP Wide-angle lens and a B&W portrait lens. The Realme X50 Pro is loaded with dual-selfie cameras. The phone comes with a combination of 32MP primary lens and an 8-megapixel secondary shooter. The smartphone ships with Realme UI based on Android 10 and has a 4,200mAh battery with 65W SuperDart fast charging solution.