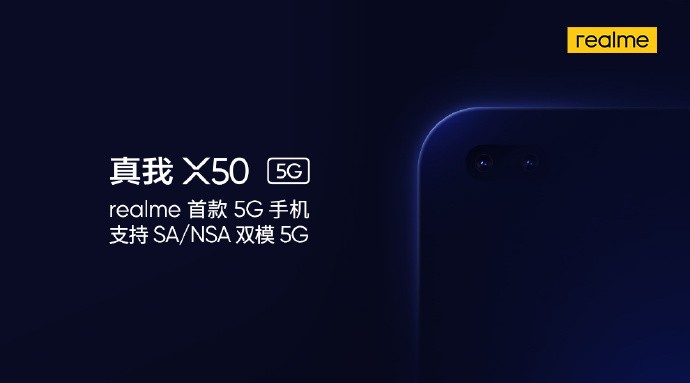 Realme X50 5G will be the company's first 5G smartphone.

Realme is working on to launch its first 5G phone in the market soon. It has already confirmed that the company’s first 5G smartphone will be Realme X50. Now the phone is likely to go official before the Spring Festival in China.

As per a response made on Weibo by Realme’s Product Director Wang Wei, the Realme X50 might be announced as early as January next year. When a Weibo user asked the director if he’s able to bring the Realme X50 with him during the upcoming Chinese New Year, Wang’s response was “Yes”. So, it is now expected that Realme X50 will arrive before the Spring Festival i.e before January 25 next year. 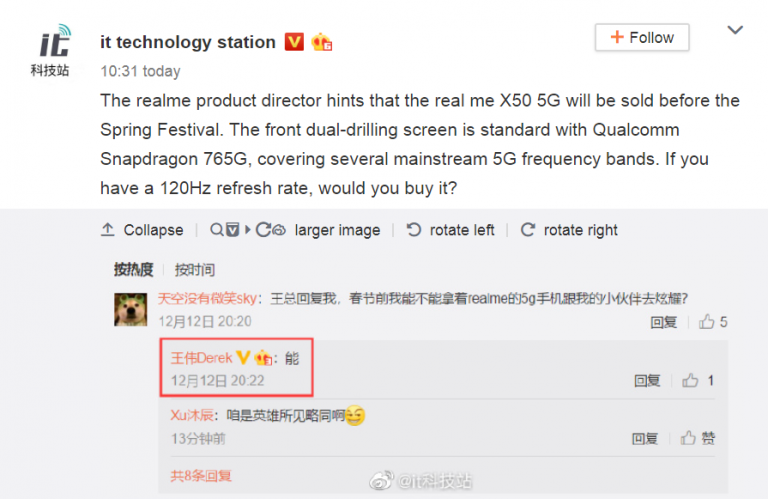 Meanwhile, as per the leaked render by LeaksFactory, Realme X50 5G will feature a quad-rear camera setup. The render also revealed an in-display fingerprint scanner on the front, and a dual punch-hole cutout for two selfie cameras. 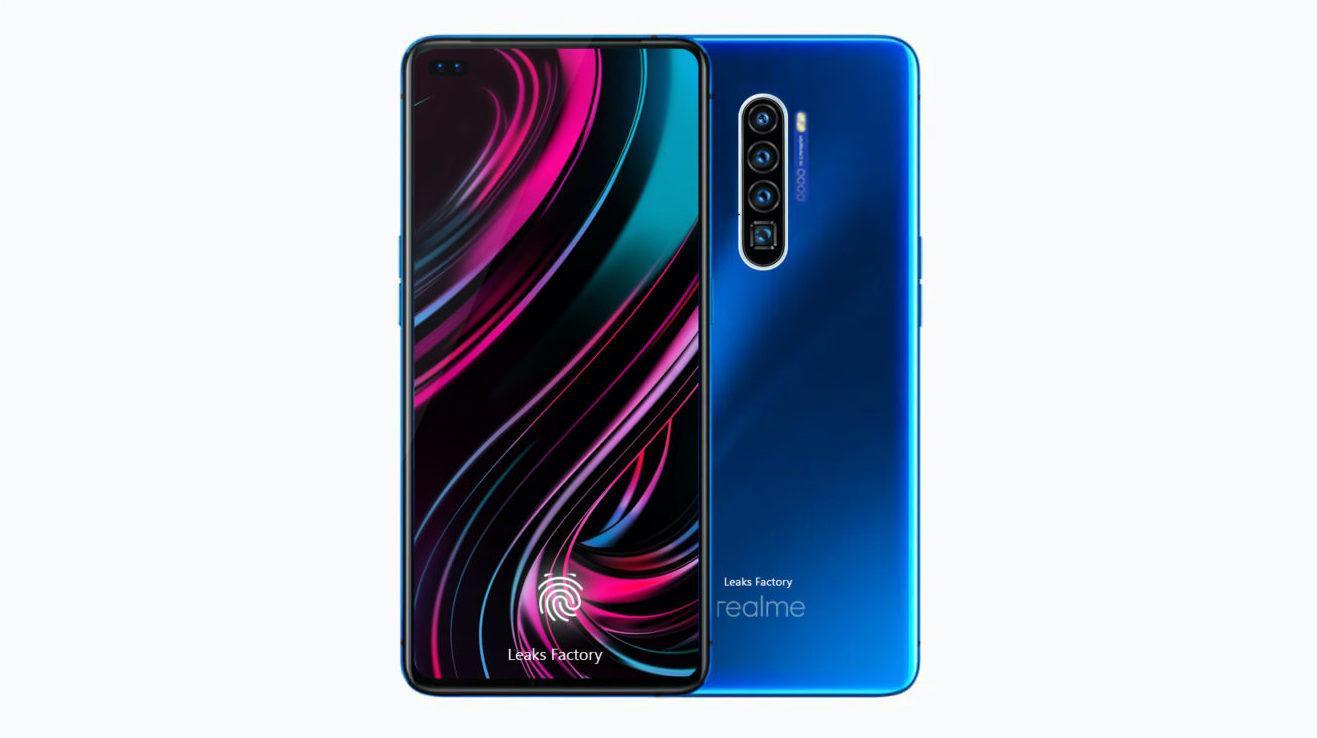