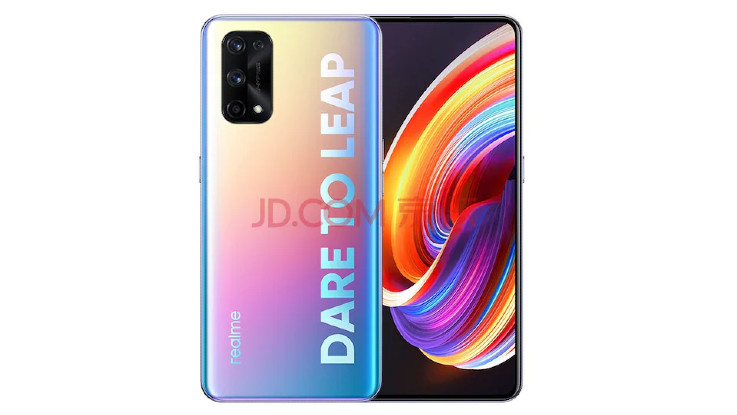 Now, ahead of launch, key details of the Realme X7 Pro have emerged online.

Realme is all set to launch the new Realme X7 series in China on September 1. Now, ahead of launch, key details of the Realme X7 Pro have emerged online.

The smartphone has been spotted on JD.com that reveals some key details. The listing shows the front and back panel of the device. The front panel comes with a punch hole design, while the back panel comes with an L-shaped quad-camera setup. Interestingly, the company is trying to come with a different design language with the Realme X7 Pro. One can see Dare to Leap motto written in bold at the back panel. The back panel also comes with a gradient finish. However, looking at the design, it sure looks similar to the Oppo Reno 4 Pro, which was recently launched in India.

As per previous leaks, the Realme X7 Pro will feature a 6.55-inch Full HD+ AMOLED display. It is said to be powered by the MediaTek Dimensity 1000+ SoC, which is clocked at 2.6GHz. The phone packs 8GB of RAM and 128GB of internal storage. The phone will come with a quad-camera setup with 64-megapixel primary lens, 8-megapixel wide-angle lens, 2-megapixel portrait lens and 2-megapixel macro lens. For the front, there will be a 32-megapixel selfie shooter. The phone will be loaded with a 4,500mAh battery with 65W SuperDart Flash Charge support.