Realme has confirmed that the next version of ColorOS is under development and will be customised for Realme phones.

In the latest episode of AskMadhav, Realme India CEO Madhav Sheth disclosed that Realme phones will continue to run Oppo’s ColorOS interface over Android. However, Sheth clarified that the next version of the interface – ColorOS 7 on Realme phone will be close to stock Android.

While Sheth said that Realme phones with ColorOS 7 will offer a near-to-stock Android experience, it’s unclear if the interface will bring the same feature to Oppo phones or if stock-ish Android is being developed exclusively for Realme.

As for the release schedule of ColorOS, Sheth hinted that ColorOS 7 will roll out to smartphones instead of ColorOS 6.0.1, indicating that the next ColorOS interface could be launched in the near future. This is interesting since ColorOS 6.0.1 is already available on Realme 5 and Realme XT.

In the sameQ&A session,Sheth also confirmed thatall Realme phones with a quad-camera setup will soon come withvideo recording capabilities through the wide-angle camera. This means, theRealme 5, Realme 5 Pro andRealme XT will soon be able to shoot videos through their wide-angle cameras after an update that’s expected to arrive in November. Sheth also said that Realme could soon venture into thefitness segment and launch a fitness tracker in India shortly.

In a separate incident, there are now reports that the ColorOS 6.0 update on Realme 1 has started pushing ads on the UI. The ads are reportedly present on system apps and are said to be added in yesterday’s CPH1861EX_11_C.45 update that brought system-wide dark mode, Google Digital Wellbeing and October 2019 Android security patch on the Realme 1. 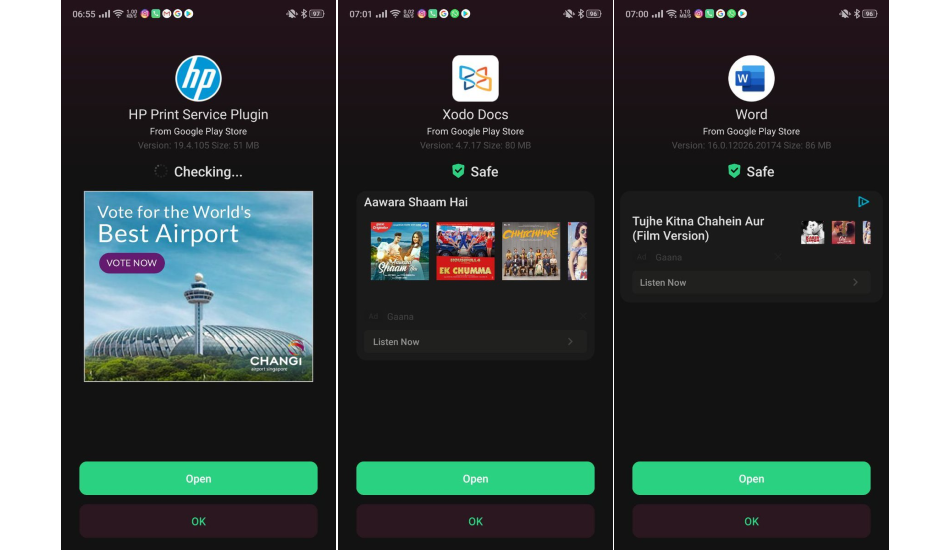 Ads have been spotted inside Realme 1’s Download manager app and users claim that a new ‘Get Recommendations’ setting on their phones is the culprit. The setting is present inside the phone’s ‘Additional Settings’ section and was switched on by default following the latest update.

Soon after reports started flooding about ads on Realme 1, Realme CMO Francis Wang clarified that the ads were a result of a system error on a beta software version. While Wang did say “there are no ads”. The fact that Realme was beta testing such a feature, means there is a likelihood of ads appearing on future software versions of the Realme 1 and other Realme phones.

The latest instance hints that Realme could take a page from Xiaomi’s book since it was the first to start showing ads on its smartphones running on MIUI. Even Huawei recently started showing ads on their phones for users who had left the lock screen wallpapers enabled.