Realme Narzo 50A Prime expected to launch soon in India

Realme Narzo 50A Prime is going to be launched in India with two storage options. The phone is said to come in two colour options. 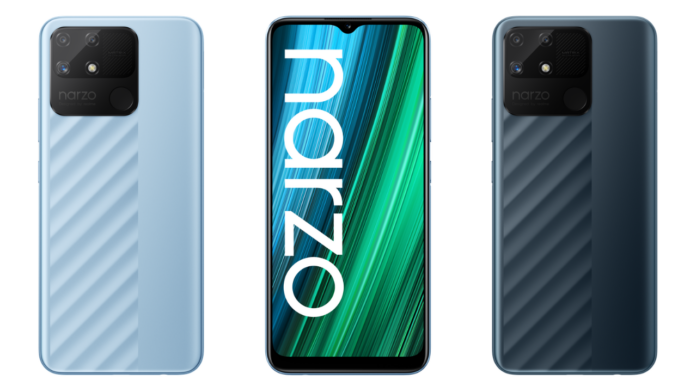 Realme recently launched Realme Nazro 50A in the Indian market last month. Now the company is soon expected to launch Realme Narzo 50A Prime in India as well.

Ahead of the official announcement, the Realme Narzo 50A Prime RAM, storage option and colour options have been leaked online. The phone is expected to launch in India in March.

As per the report of Pricebaba with tipster Mukul Sharma (aka @stufflistings), Realme 50A Prime will come in two storage options – 4GB RAM + 64GB and 4GB RAM + 128GB. Further for the colour, the leaks reveals that the device will be available in two colour options. This will include Flash Blue and Flash Black.

The Narzo 50A Prime is said to pack a 4,800mAh battery with support for a 18W fast charging. Besides, the phone will reportedly run Android 11 out of the box. No other information regarding the device is available at the moment.

The smartphone to packs a 5,000mAh battery, with 33W fast charging support. The smartphone runs on Realme UI 2.0 based on Android 11.