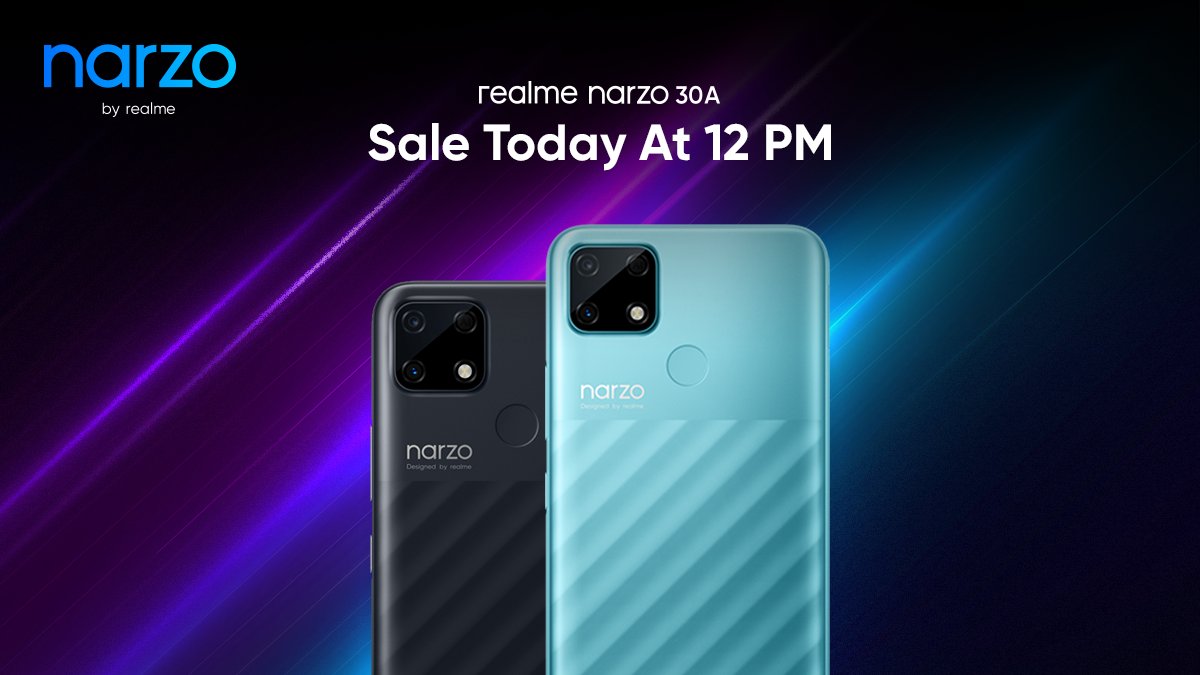 Realme Narzo 30A sale will start at 12PM (noon) on Flipkart and realme.com.

Realme launched the Narzo 30 series smartphone with Narzo 30 Pro 5G and Narzo 30A last month. Now, nearly two weeks later theRealme Narzo 30A will be up for purchase for the first time in India today.

The Realme Narzo 30A runs on Realme UI based on Android 10 and it draws power from a huge 6,000mAh battery with 18W fast charging. It has a rear-mounted fingerprint scanner for security. Sensors on board include a Light sensor, Proximity sensor, Magnetic induction sensor, Acceleration sensor.