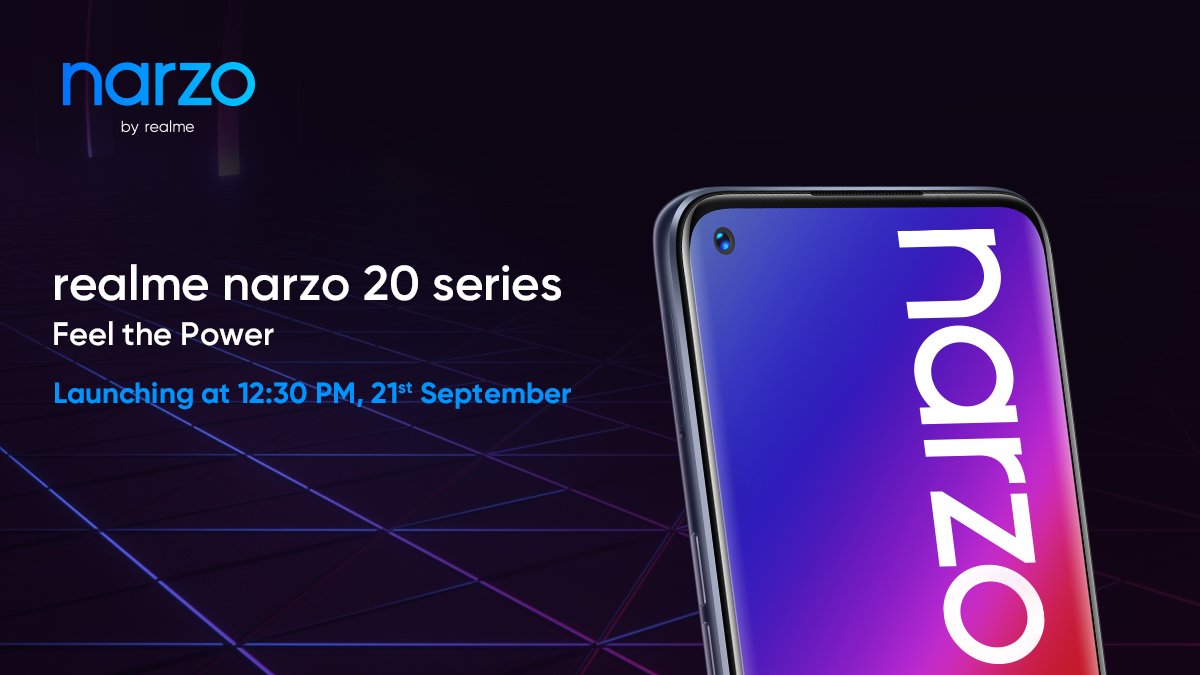 Realme Narzo 20 will pack a 6000mAh battery with support for 18W fast charging.

Realme will be launching Realme Narzo 20 series in India on September 21. Yesterday, the leak of the processor details of the upcoming emerged online and now we have a leak revealing some of the key specs of the Narzo 20.

Popular tipster Mukul Sharma (@Stufflisting) has revealed that the Realme Narzo 20 will pack a 6000mAh battery with support for 18W fast charging. The device will be powered by a Mediatek Helio G85 processor. At the rear, there will be a triple camera setup with a 48-megapixel main sensor.

Realme Narzo 20 series will be a direct competitor of Realme Narzo 10 series that was launched in May this year. To recall, the predecessor series had only two phones such as Narzo 10A and Narzo 10.

The Narzo 20 series will be launched on September 21 and the event will kickstart at 12:30 PM onwards. The launch event will be live-streamed on Realme’s YouTube channel and social media platforms, like Facebook and Twitter. The company has also confirmed that the upcoming smartphone will be exclusively available on Flipkart.