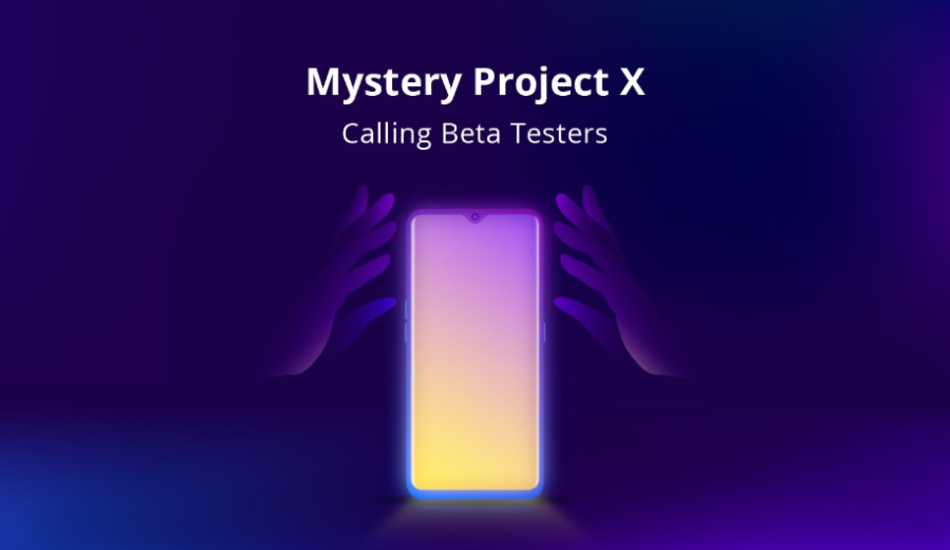 The news comes directly from Realme CEO Madhav Sheth who announced that beta testing of software under Project X will commence soon. Sheth also invited users to try out the pre-released software and report bugs. Beta testing of the upcoming software can only be done by the owners of a Realme 3 Pro.

Realme appears to be gearing up for the release of its own mobile operating system as the company has now started recruiting beta testers for an upcoming pre-release software which is being called the Project X.

The news comes directly from Realme CEO Madhav Sheth who announced on Twitter that beta testing of software under Project X will commence soon. Sheth also invited users to try out the pre-released software and report bugs before it creates a stable build. Beta testing of the upcoming software can only be done by the owners of a Realme 3 Pro.

Mystery Project Alert !!! Any Guess ?
Fans having experience in beta testing of pre-released software and reporting bugs are invited to participate.
Limited seats only.

Sheth has also shared a link of a Realme forum page which repeats the news of the announcement and also gives users the link to enrol for the beta testing of Project X. The post notes that only a limited number of users will be enrolled for beta testing to keep the beta testing on point.

Realme has shared a list of requirements to sign up for the Project X beta testing. These include:

– Owns a realme 3 Pro (no other device will be accepted).

– Bugs and feedback need to be expressed in English.

It’s unclear what the upcoming Project X OS will be like compared to the ColorOS that Realme phones run on currently. The beta testing could be for the upcoming Realme-only mobile OS as the company deviates fully from its older parent company Oppo. There’s also a chance that Realme is announcing its own version of the Android Q beta testing. We’ll hope to know more soon.