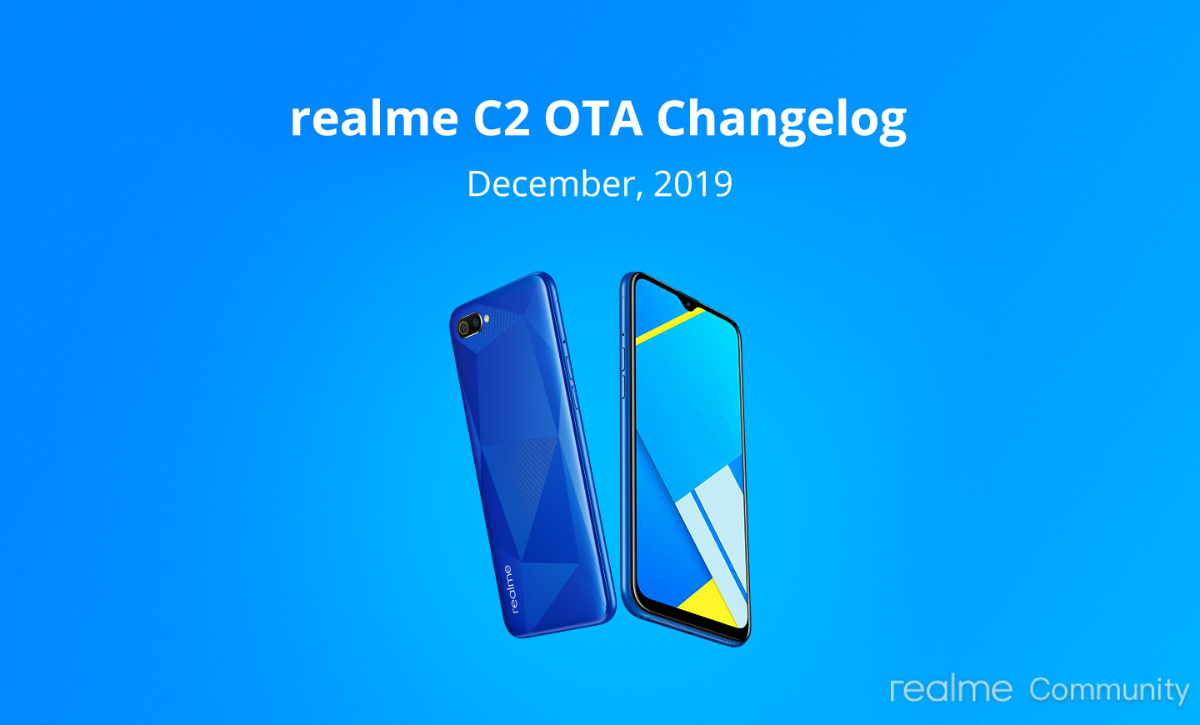 Realme has rolled out a new software update to its older Realme C2 smartphone.

After rolling out an update earlier, Realme has again rolled out a new software update to its older Realme C2 smartphone. The update adds fast switch toggles of dark mode along with some other improvements.

Moving on the update also updates adds flash on call feature and fixes the issue of the volume bar blocked by the camera while horizontal status.

To recall, Realme C2 features a 6.1-inch HD+ dewdrop notch display with a screen resolution of 1520 x 720 pixels and Corning Gorilla Glass 3 protection. It is backed by a 4,000mAh battery and it runs on ColorOS 6.0, which is based on Android 9.0 Pie. The smartphone is powered by a 2.0GHz octa-core MediaTek Helio P22 processor.