Realme 9i 5G key details have been confirmed by the microsite. It will feature a 90Hz display and 5000mAh battery. 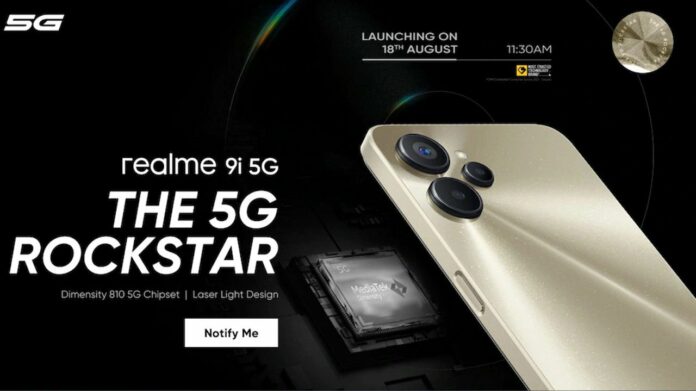 Realme 9i 5G is all set to launch in India on August 18. Now ahead of the launch, the microsite for the smartphone has gone live which has revealed some specifications of the upcoming Realme smartphone.

The phone is confirmed to pack a MediaTek Dimensity 810 SoC. The company has also revealed that the phone will feature a waterdrop notch display having a 90Hz high refresh rate. Further, it will also have a 180Hz touch sampling rate. As per the microsite, the Realme 9i 5G will be 8.1mm in thickness.

In addition, Realme has also confirmed that the upcoming Realme phone will be powered by a large 5,000mAh battery. The microsite also revealed that the phone has a 3.5mm headphone jack and a USB Type-C port at the bottom edge.

At the back, there will be a triple rear camera setup and an LED flash. The phone will have volume keys on the left. the right side of the device will sport the power button with a side-mounted fingerprint scanner.

As per a recent report, the device is tipped to come in Black and Gold colour options. It is the 5G version of the Realme 9i, which was launched in India in January this year.

To recall, the Realme 9i 4G sports a 6.6-inch IPS LCD full HD+ display with 1080 × 2408 pixel resolution and a 90Hz refresh rate. It is powered by the Snapdragon 680 chipset coupled with 6GB RAM and 128GB internal storage. The phone comes equipped with a triple camera setup. It comprises a 50-megapixel primary camera with an f/1.8 aperture and PDAF. Then there is a 2-megapixel macro camera with f/2.2 aperture, and a 2-megapixel monochrome camera with an f/2.4 aperture. It packs a 5,000mAh battery with 33W Dart Charge support. 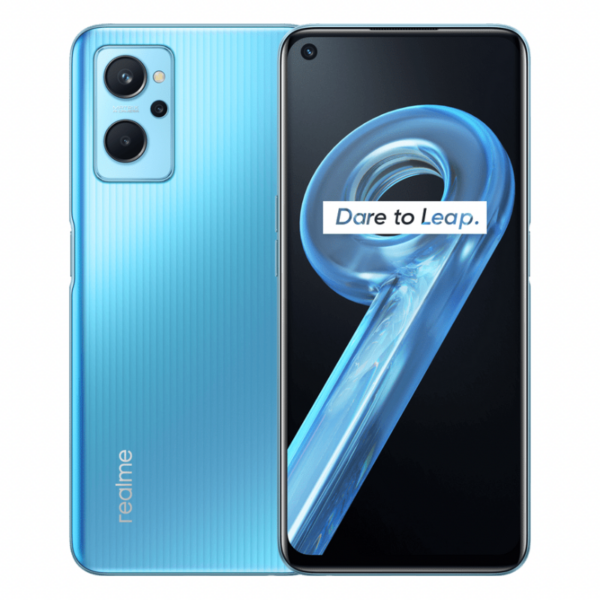