Realme 8, Realme 8 Pro set to launch in India on March 24 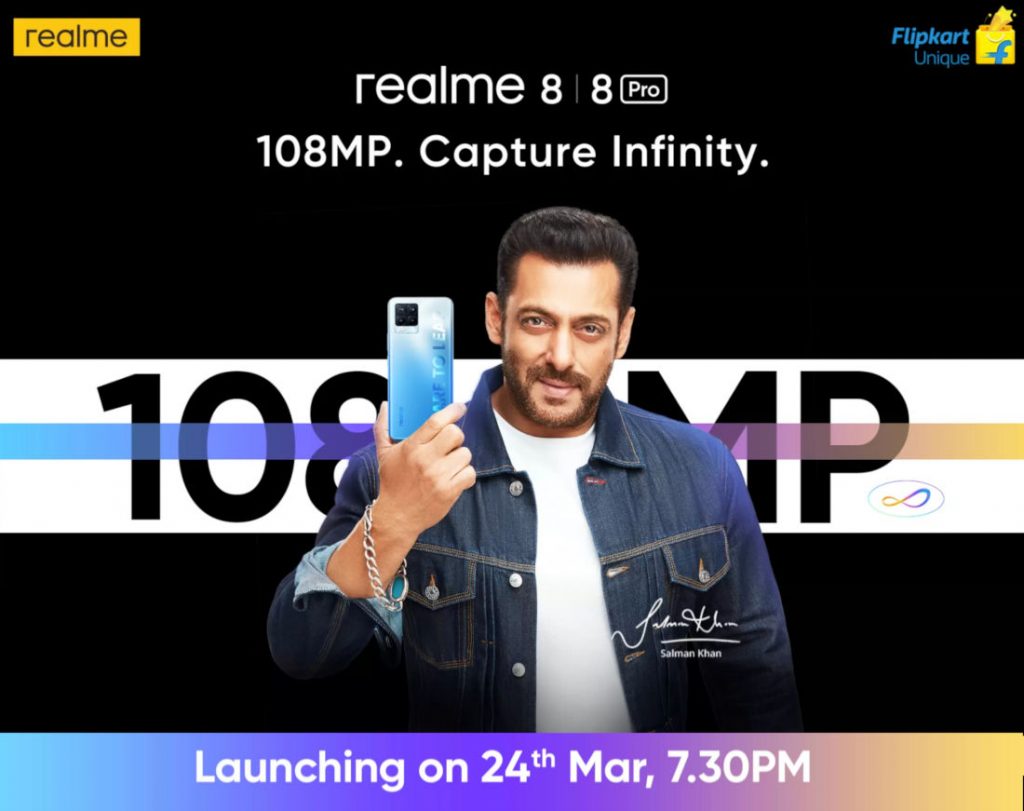 Realme 8 Pro will have an AMOLED display with an in-display fingerprint scanner.

Realme has confirmed that it will launch the two smartphones in the Realme 8 series in India on March 24. The brand will be launching Realme 8 and 8 Pro at the launch event on March 24 at 7:30 P.M. IST.

Realme has announced Infinity sale form March 15 till March 22 to let you pre-order the phone before launch. The phones will be exclusively available on Flipkart after launch in India.

Realme has also confirmed the launch date via a teaser video on its official Twitter handle. Earlier Realme CEO Madhav Sheth teased the rear panel of the Realme 8 series. He had teased the rear panel’s illuminating colour option for the upcoming series. The camera-module and ‘Dare to Leap’ logo are seen at the back panel.

Realme 8 will sport a 6.4-inch Super AMOLED screen. The device will run on Android 11 with Realme UI 2.0 on top. Realme 8 will come with a 64MP quad-camera setup in a square camera array below which sits the dual-LED flash. It will be backed by a 5,000mAh battery which will charge at 30W speeds.

The smartphone will be powered by the MediaTek Helio G95 gaming processor. Realme 8 is said to come in 4GB/6GB RAM options along with 64GB/128GB internal storage.

The Realme 8 Pro will also have an AMOLED display with an in-display fingerprint scanner. It will be equipped with a 108MP primary camera. The phone is said to come with a 4500mAh battery with 65W fast charging. The Realme 8 Pro might be powered by Snapdragon 720G SoC. The phone is expected to come in 6GB/8GB RAM option which might be coupled with 128GB of storage.