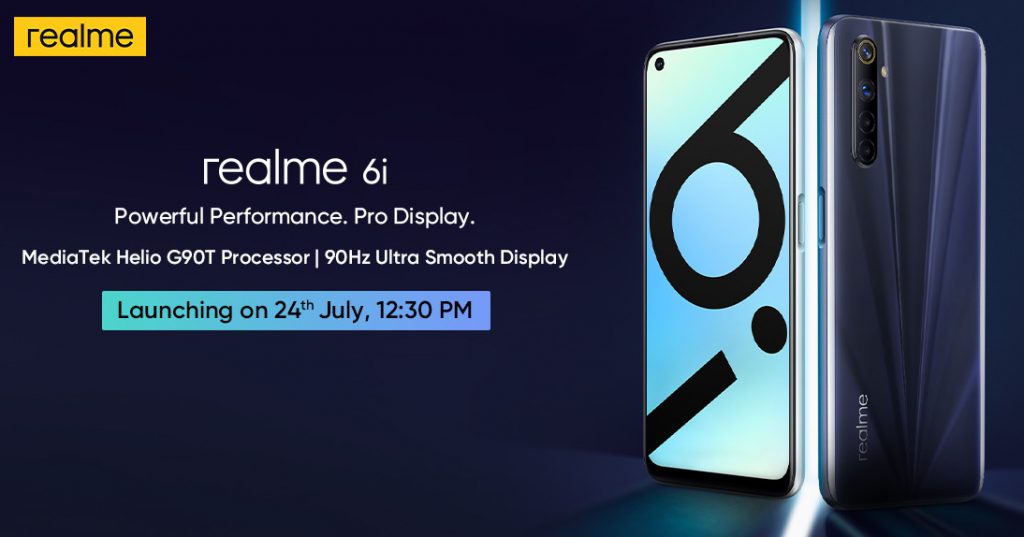 The smartphone will be available on Flipkart and realme.com starting from July 31. It comes in Eclipse Black and Lunar White colours.

Under the hood, the smartphone is powered by Octa-Core MediaTek Helio G90T 12nm processor with ARM Mali-G76 3EEMC4 GPU. It will have expandable memory up to 256GB with microSD card slot.

Realme 6i is backed up by 4300mAh battery with 30W Flash Charge fast charging. The smartphone runs on realme UI based on Android 10 and equipped with a side fingerprint sensor.