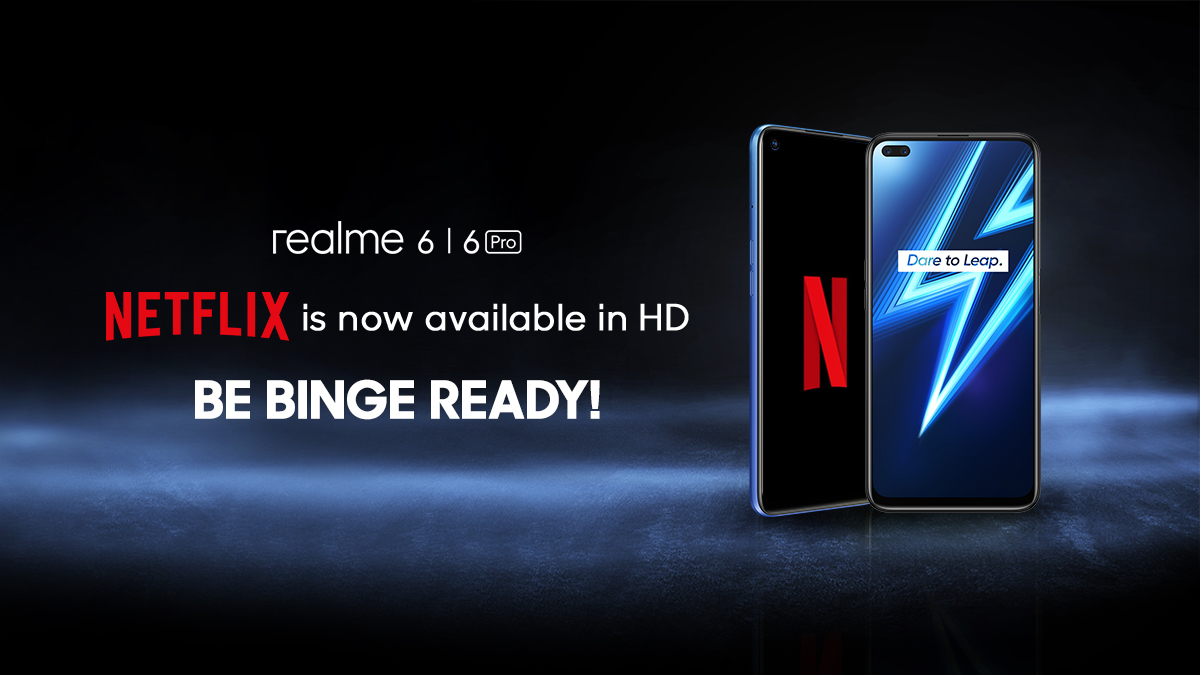 Realme said that update that fixes this issue for Amazon Prime Video users will roll out in the coming days.

With the latest OTA updates, now you can make the most of your stay at home by enjoying Netflix in HD on #realme6 & #realme6Pro. Reply with what you guys are watching now. pic.twitter.com/3djRE0dbyA

The new firmware weighs around 320MB in size for the Realme 6 and it sports version number RMX2001_11_B.17. The update is rolling out over the air and is expected to reach all the units in coming days.

Realme 6 Pro update could be the RMX2061_11_A.11 build that rolled out recently. In a separte post, Realme said that update that fixes this issue for Amazon Prime Video users will roll out in the coming days.

Hey, we are currently working on it and HD support for Amazon Prime will soon be released for all realme 6 and realme 6 Pro users. Keep an eye on our social media channels for further updates on the same. Thanks!