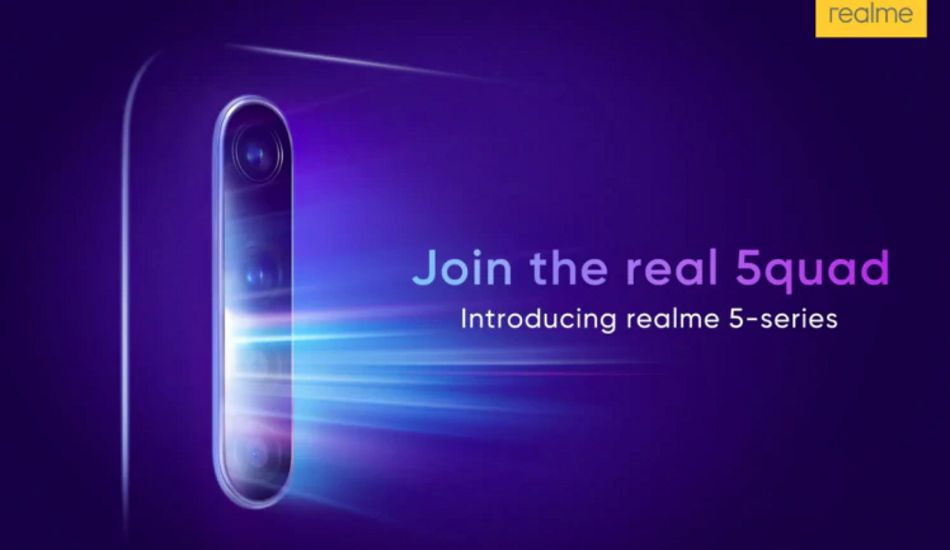 After announcing the sale of Realme 5 to be held online every Tuesday, the company has now announced the availability of the smartphone via offline channels. Realme 5 is now available via Realme partner offline retailers in India.

The offline availability has been announced by Realme’s official Twitter handle. The post reads “Great news for #realme5 lovers! Get ready to come closer to the #QuadCameraPowerhouse and experience realme 5 as it will now be available at our offline stores from tomorrow”.

Realme 5 was launched in August this year, alongside the Realme 5 Pro at a starting price of Rs 9,999. Realme 5 Pro is also set to go on sale offline soon.

Realme 5 is powered by the Qualcomm Snapdragon 665 processor. It has a quad rear camera setup with a 12-megapixel primary camera, an 8-megapixel 119-degree wide-angle lens, a 2-megapixel macro lens, and a 2-megapixel portrait lens. There is a 13-megapixel front camera.

It runs Color OS 6.0 based on Android 9.0 Pie and comes with a 5,000mAh battery. The phone features a 6.5-inch HD+ (720×1600 pixels) display with Corning Gorilla Glass 3+ and waterdrop notch design. It also sports a rear fingerprint sensor.