Razer Phone with 5.72-inch IGZO display, 8GB of RAM and more leaked ahead of launch 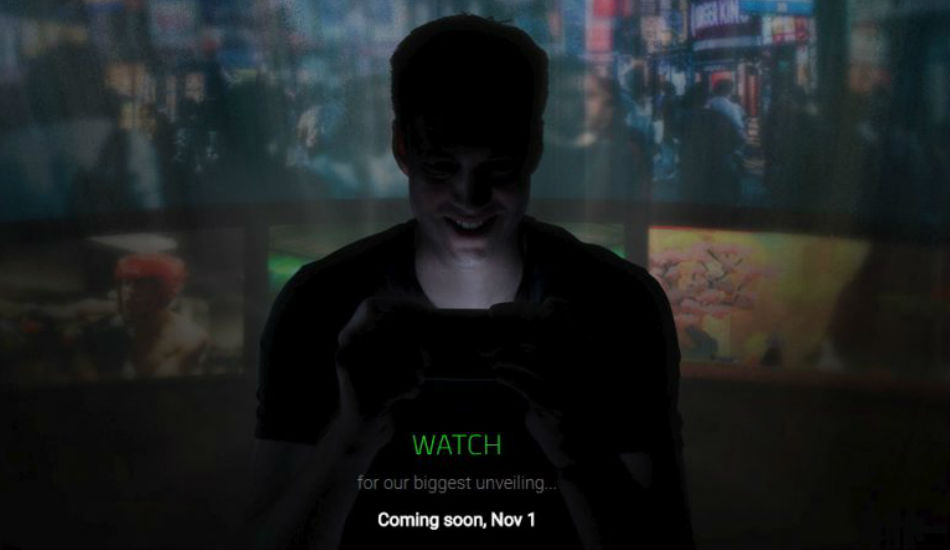 The Razer Phone will come loaded with a 5.72-inch IGZO display with a 120Hz refresh rate.

Razer is all hold an event on November 1 where it will unveil its first gaming-centric smartphone. Now, just ahead of launch, the smartphone has been listed on 3G in the UK revealing some key information about the device.

According to the listing, the smartphone will be known as Razer Phone and it will be pretty much similar to Nextbit Robin in terms of design. However, under the hood, there would be some interesting specs sheet. 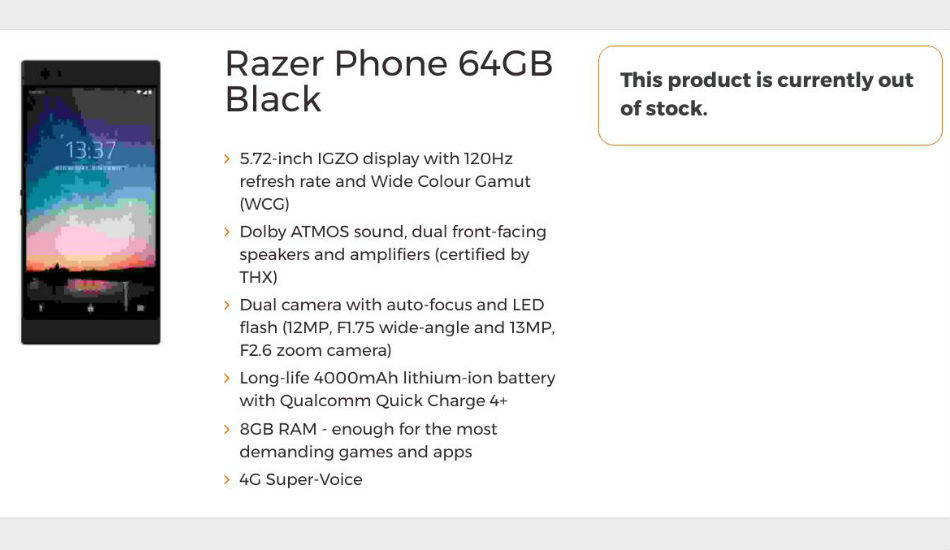 To start with the display, the Razer Phone will come loaded with a 5.72-inch IGZO display. For the unintended, the display is made by Sharp and it is basically a new type of LCD screen. What interesting here is the display will feature a 120Hz refresh rate, meaning that it will a delight of gamers. For your reference, such kind of refresh rate is available in Apple’s high-end iPad Pro models. For audio, the phone will be equipped with Dolby Atmos sound along that will be channelled through dual front-facing speakers and amplifiers that are certified by THX.

Moving to imaging department, the phone will sport a dual-camera setup with a combination of 12-megapixel wide-angle lens, aperture f/1.75 and a 13-megapixel zoom lens with aperture f/2.6. The phone will be backed by a massive 8GB of RAM and 64GB of internal storage. It will also feature a new technology known as 4G Super-Voice and will be available in Black colour option.

On the battery front, the device will come loaded with a 4000mAh lithium-ion battery along with Qualcomm Quick Charge 4+. Previously, the smartphone was reported to be powered by the latest Qualcomm Snapdragon 835 processor.

There would be an 8-megapixel selfie shooter and the device will run on a custom user interface, which will be based on Android 7.1.1 Nougat. The phone will further come loaded with an accelerometer, barometer, Bluetooth, GPS, pedometer, WiFi, NFC, and it will support single SIM.