Razer Phone 2 comes in two variants - 64GB storage model with a Classy Mirror Back and a 128GB storage variant with rugged Satin Finish. The Satin version will be available later.

Razer, a brand known for making top-of-the-line products for gaming, has launched its second smartphone - Razer Phone 2. The smartphone is priced at $799 (approx. Rs 59,500) and it will go on pre-order from today in the US, Canada, UK and Europe. The phone is a successor of Razer Phone which was launched last year in November.

Razer Phone 2 comes in two variants - 64GB storage model with a Classy Mirror Back and a 128GB storage variant with rugged Satin Finish. The Satin version will be available later. 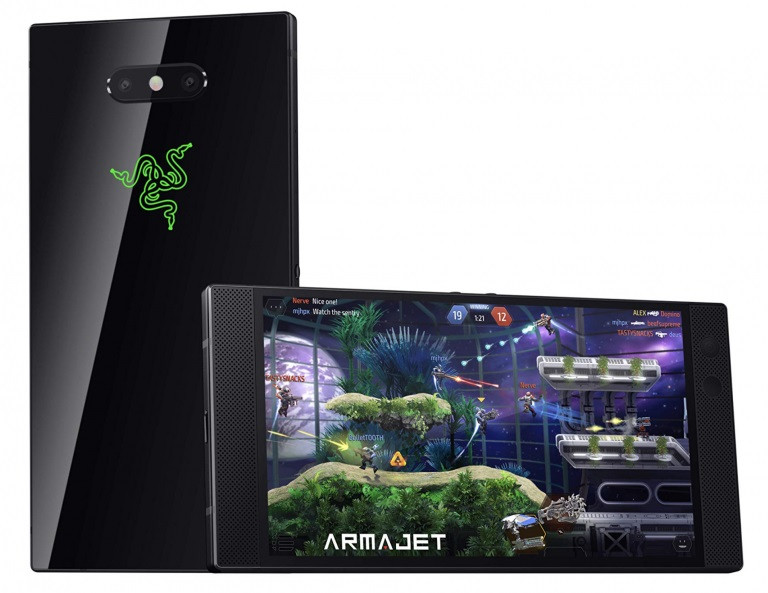 The Razer Phone 2 features a 5.72-inch Quad HD IGZO LCD UltraMotion display with 2560×1440 pixels resolution, 580 nits brightness, Corning Gorilla Glass 5 protection. Like its predecessor, the screen has a 120Hz refresh rate, meaning that users will able to enjoy smooth gaming experience with zero lag or stuttering. The logo on the back is RGB backlit and supports Chroma.

It is powered by 2.8GHz Octa-Core Snapdragon 845 64-bit 10nm Mobile Platform with Adreno 630 GPU. The new Snapdragon 845 chipset has a new vapor chamber cooling system.  The phone has a massive 8GB of LPDDR4 RAM and 64GB of internal storage, which can be further expanded up to 2TB via micro SD card slot.

The smartphone has 4,000mAh battery supporting QuickCharge 4.0+ and fast Qi wireless charging. It runs on Android 8.1 (Oreo) which is said to be upgradable to Android 9.0 (Pie).  The Razer Phone 2 has front-facing stereo speakers that feature Dolby Atmos with Dual amplifiers. The phone comes with a glass back and comes with an IP67 rating for water resistance.

Razer Phone 2 with 512GB storage pays a visit on AnTuTu

Razer Phone 2 to be unveiled on October 10