By 2015, we may get to see high-end smartphones featuring new ARM Cortex-A50 series mobile processors with great performance level boosts and would also be power-efficient.

Smartphone chip maker, ARM has announced a new Cortex A-50 range of mobile processors that support 64-bit execution state. These new Cortex-A50 series processors are claimed to be powerful and power-efficient as compared to current breed of processors used in smartphones, tablets and even micro-servers.

These powerful mobile processors will be ready in 2014 and we can expect to see first working products by the year following that. 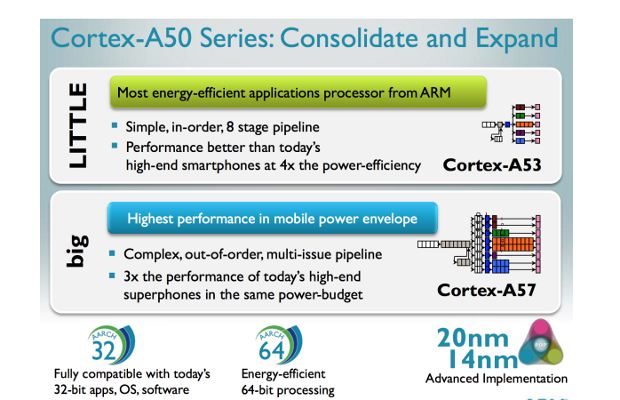 Notably, many mobile processor makers such as NVIDIA, Qualcomm, Texas Instruments, Samsung and Apple license the intellectual property from the ARM Holdings to design and fabricate mobile processors. 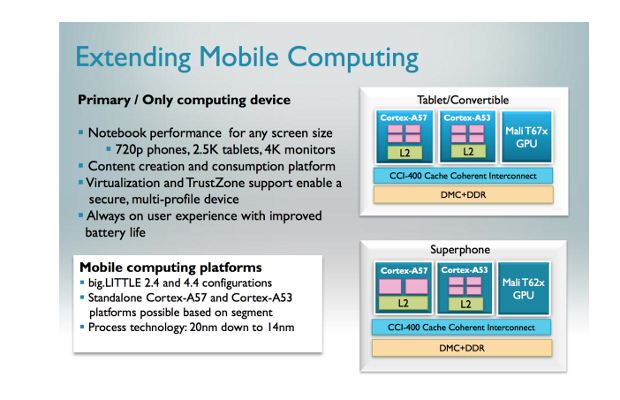 At the ARM TechCon convention, the company has announced two new Cortex-A50 series based mobile processors – Cortex-A53 (Apollo) and Cortex-A57 (Atlas). These new 64-bit processors can support 32-bit executable states too. The 64-bit support allows more than 4 GB physical memory for scalable performance and boosting power-efficiency at the same time. The performance levels may be more but the power consumption might be same or slightly lower than the predecessors.