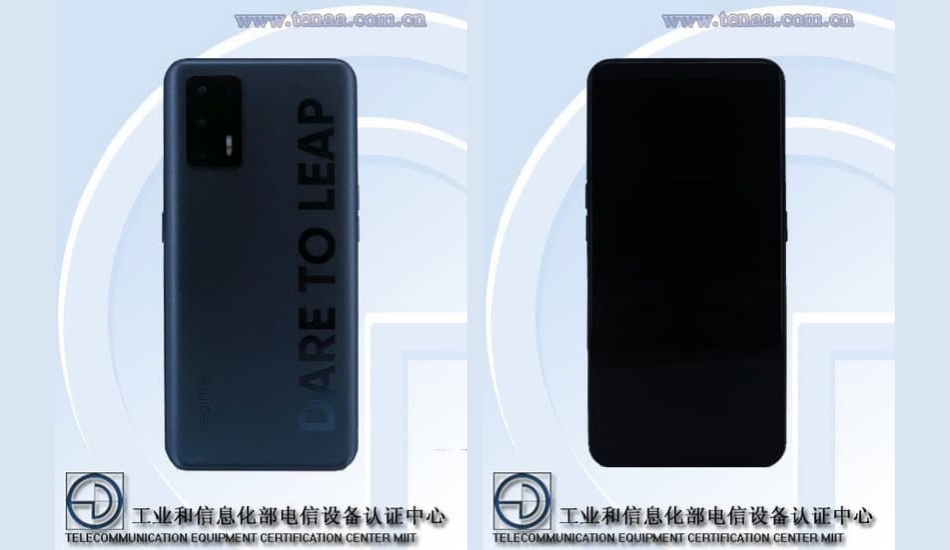 Realme 8i brings a rectangular camera module instead of the Square array seen on the Realme 8 and Realme 8 Pro.

Realme is soon launching its Realme 8 5G series in India and it seems like a new Realme phone is in tow under the 8 series that could be the Realme 8i. The smartphone has been spotted on TENAA which also reveals the design for the upcoming smartphone by Realme.

A Realme phone with model number RMX2205 has been spotted on TENAA by tipster Mukul Sharma and the phone is being expected to debut in India very soon. Along with the design, the listing also takes off the covers from some of the key specifications of the speculated Realme 8i. 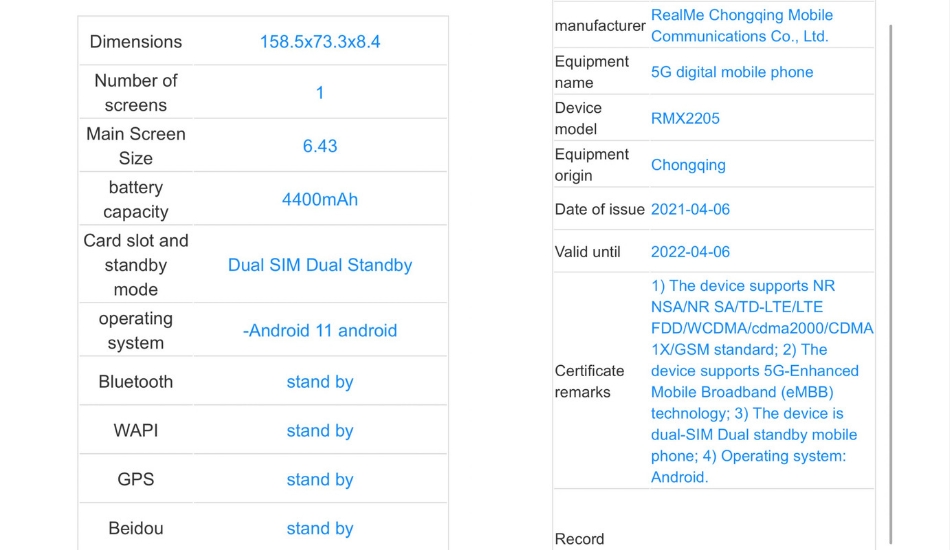 The design of the Realme 8i brings a rectangular camera module instead of the Square array seen on the Realme 8 and Realme 8 Pro. The huge, not-so-likable ‘Dare to Leap’ branding persists on the right. The phone has a corner punch-hole camera on the front along with a power button on the right side of the frame, and volume keys on the left side.

Notingly, as there is no physical fingerprint sensor, it can be safely said that the phone will come with an in-display screen and therefore an AMOLED panel. The TENAA listing further reveals the Realme RMX2205 is a 5G smartphone. The phone measures 158.5 x 73.3 x 8.4mm and it features a 6.43-inch display.

The device packs a 4,400mAh battery and runs on Android 11. Lastly, the TENAA listing reveals the handset supports dual SIM dual standby. The smartphone doesn’t look like a Realme 8 series phone and it is not confirmed if it is the Realme 8i as the brand hasn’t made any confirmations. Also, as this is a 5G smartphone, we don’t know whether Realme will bring this very same variant to India or maybe a 4G LTE variant.