Poco M4 Pro 5G is said to be in works. The phone will be powered by a MediaTek chipset and 33W fast charging support. 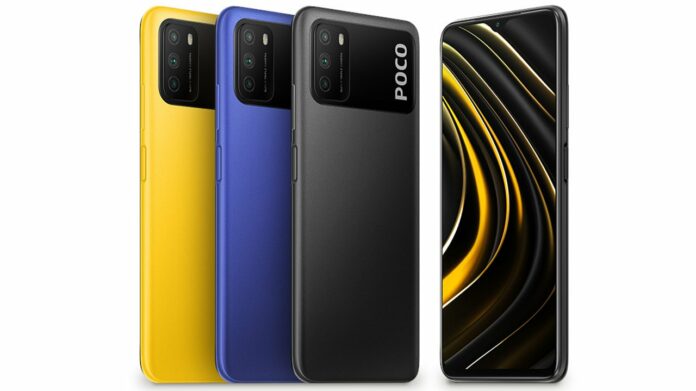 Poco recently launched Poco C31 smartphone in the Indian market. Now it seems like the company is working on another smartphone in it’s M series which will be called Poco M4 Pro 5G.

This information comes straight from leakster Kacper Skrzypek on Twitter. He had spotted the phone across several certification listings that confirmed it’s existence and imminent launch in the global market.

The leak does not reveal any specifications of the upcoming Poco M4 Pro 5G smartphone. But he does confirmed that the phone will be powered by a MediaTek chipset. Also, the phone was recently spotted on the Chinese 3C’s listing which revealed that the handset will come with support for 33W fast charging.

The phone is available for purchase on Flipkart. It comes in Shadow Grey and Royal Blue colours.

Poco C31 comes with a 6.53-inch HD+ display with 720×1600 pixels resolution with a 20:9 aspect ratio. The phone is powered by an octa-core MediaTek Helio G35 SoC, paired with up to 4GB RAM. In addition, the Poco phone has 32GB and 64GB of onboard storage options with external storage of up to 512GB via a microSD card card slot.

In addition, the phone runs Android 10 with MIUI 12 on top. It packs a 5,000mAh battery with 10W charging support. The phone has a rear-mounted fingerprint scanner.