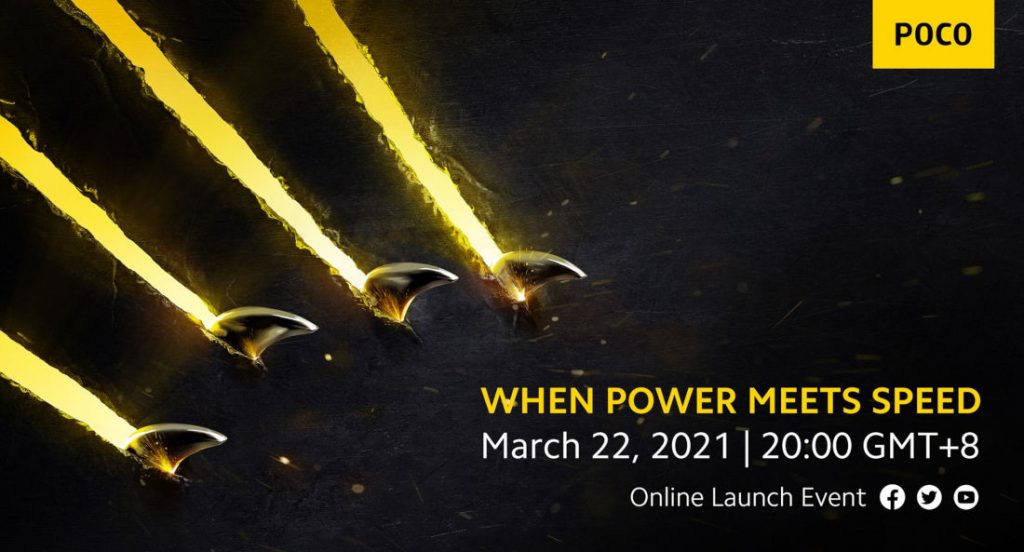 Poco X3 Pro is said to feature a 6.67-inch FHD+ AMOLED display. It is likely to come with 120Hz refresh rate support.

Poco has announced that it has scheduled a global event on March 22. The company is expected to unveil new Poco F3 and X3 Pro smartphones. The event will start at 2PM CEST (5:30PM IST).

Poco just yesterday announced its India event on March 30 to introduce the POCO X3 Pro smartphone. The Poco F3 is said to be the global version of the Redmi K40 that was introduced last month.

Poco X3 Prorender has also been shared by tipster Ishan Agarwal. It shows that the phone will come with a punch-hole display and a quad camera setup at the back with a 48MP primary camera. As per him, the phone will come in Phantom Black, Metal Bronze, and Frost Blue colour options.

Poco X3 Pro is said to feature a 6.67-inch FHD+ AMOLED display. It is likely to come with 120Hz refresh rate support. The phone will have a quad-rear camera setup with a 48-megapixel sensor, an ultrawide lens, a macro sensor, and a depth sensor. It will come with a 5,200mAh battery with 33W fast charging support. Poco X3 Pro could be featuring Snapdragon 860 processor.

The handset may come with a triple camera setup including a 48MP IMX 582, f/1.79 primary camera along with an 8MP ultra-wide camera with f/2.2 aperture, 119° FoV and a 5MP tele macro camera. On the front, there will be a 20MP selfie shooter. The smartphone will run on Android 11 based on MIUI 12.