The latest update weighs 1.8GB and shifts the firmware version of the Poco F1 to MIUI V11.0.5.0.PEJMIXM.

The news of the MIUI 11 rolling out on Poco F1 started appearing on Reddit and Twitter but we’re yet to receive such an update on our unit. The latest update shifts the firmware version to MIUI V11.0.5.0.PEJMIXM and weighs 1.8GB. While MIUI 11 was announced based on Android 10, the update on the Poco F1 is still based on Android 9 Pie. An announcement on the MIUI forum reads that this is a stable ROM for beta testers of MIUI on Poco F1 but the replies suggest that even some non-beta users have received the update. 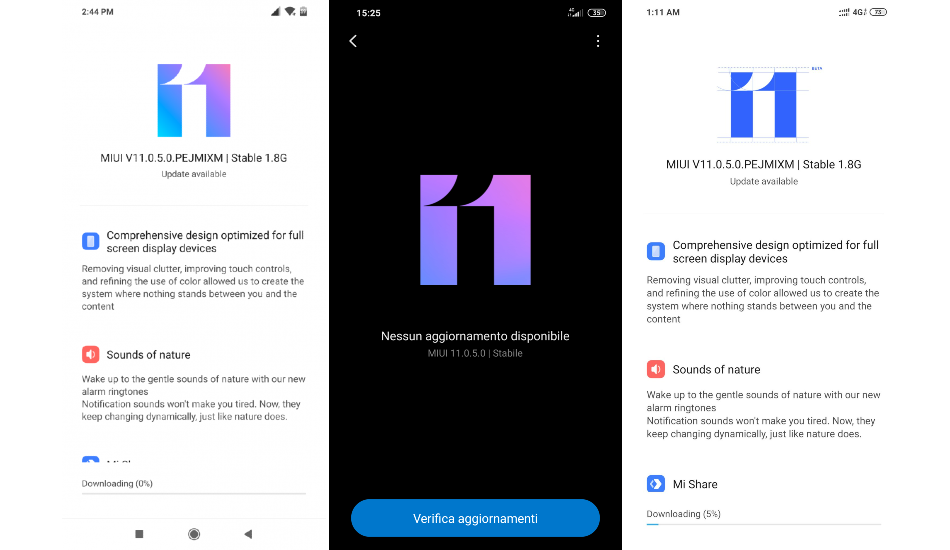 To check for the MIUI 11 update on your Poco F1, open ‘Settings’ and head over to About phone > System update and tap on ‘Check for updates’. The update is currently rolling out to a handful of users and it’ll be a while till it rolls out to a wider batch of Poco F1 owners.