Poco has announced that it is launching a new product on September 30 that could be the Poco C4, successor to last year's Poco C3. 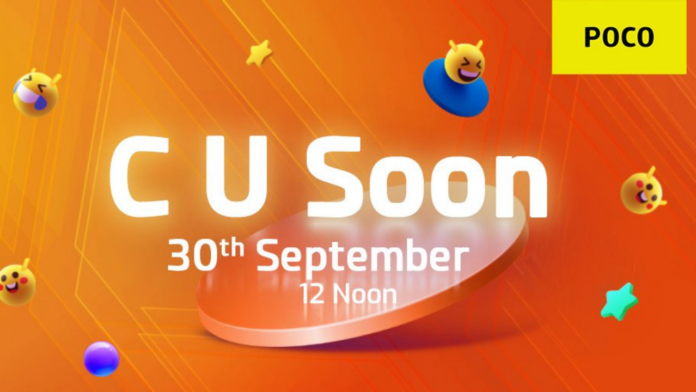 Poco seems to be gearing up to launch a new Poco C series device in India. The brand has officially revealed that it will be launching a product on September 30 and has teased the launch with a poster that suggests it will be a C-series smartphone that could be the Poco C4.

Poco took to Twitter to announce the September 30 launch at 12 pm. The teaser of the launch states “C U Soon”, pointing toward a C-series product. Soon after the teaser got posted, people started speculating that it could be the Poco C4, successor to the Poco C3 that was launched in October last year.

Poco C3 sports a triple camera setup with a combination of a 13-megapixel rear camera with LED flash, 2-megapixel macro lens and 2-megapixel depth sensor. For the front, there will be a 5-megapixel camera for selfies.

In recent news related to Poco, the company has hiked the price of its Poco M3 smartphone in India by Rs 500. The phone received its second hike in India at the end of July. A new 4GB + 64GB variant was also launched in India at that time. After the new price hike, Poco M3 is now available at a starting price tag of Rs 10,999 instead of Rs 10,499 for the 4GB and 64GB model.