The Pixel 6 series has been officially revealed by Google. The phones will come with Google's first ever SoC, called Tensor. 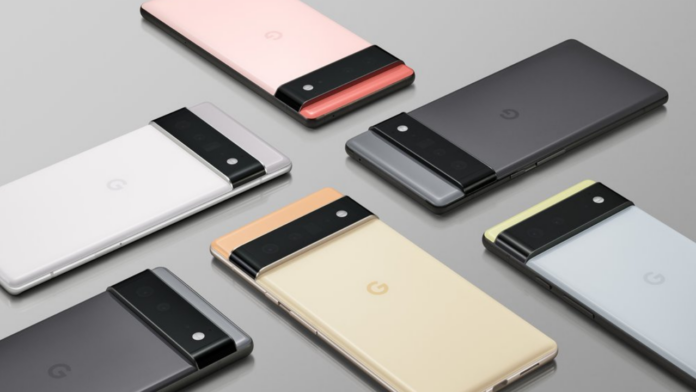 The upcoming Pixel 6 Pro and the vanilla Pixel 6 have been revealed in all their glory, officially from Google. The devices will be arriving this fall powered by Google Tensor. In addition, Google has also confirmed some of the other key specifications of the Pixel 6 series devices.

The ‘MadeByGoogle’ Twitter account made the reveal via a whole series of thread. The first tweet revealed the device’s look while the second one confirmed that both the phones will come in three colour combos. There’s a unique looking camera bar that has three cameras on the Pixel 6 Pro, and two on the Pixel 6

The Pixel 6 Pro will have a wide-angle primary cam, ultra-wide-angle sensor and a telephoto shooter with 4x optical zoom. The Pixel 6, on the other hand, loses out on the telephoto sensor while other sensors should remain the same. The phones will have in-display fingerprint sensors. Talking about displays, though, the Pixel 6 Pro will reportedly have a 6.7-inch QHD+ display with a 120Hz refresh rate. The Pixel 6 will come with a 6.4-inch full-HD+ flat screen with a 90Hz refresh rate.

Famous YouTubers, including Marques Brownlee, have also gone hands-on with the Pixel 6 while being off-camera. Google has also shown the camera performance of the Pixel 6 series to YouTubers. The company has compared it with iPhone 12 Pro’s shots and Pixel 5′ shots. The results have so far been impressive as per the information shared by them.

The design of the Pixel 6 series looks identical to what has already been leaked almost 2 months ago. On the front, you get a punch-hole style selfie camera on the top centre. Apart from that, one of the biggest announcements was Google’s own SoC, called Tensor. The Google Tensor will power the Pixel 6 series phones.

With the new chip’s security core and Titan M2, Pixel 6 will have the most layers of hardware security in any phone. In addition, Google claims that the tensor chip will enable entirely new features, plus improvements to existing ones regarding computational photography models. Google has also improved its AI and ML algorithms.

A part of the processor is being dedicated to speech-to-text functionality. This will enable almost instantaneous conversion of what the person says, to text, allowing for faster text processing. In terms of software, the Pixel 6 series will come pre-loaded with Android 12 and its Material You design with revamped UI, improved functionality, new features, better security and more.