Oppo Watch Free has been leaked via renders which shows the watch will have a design similar to the fitness bands launched in the recent past. 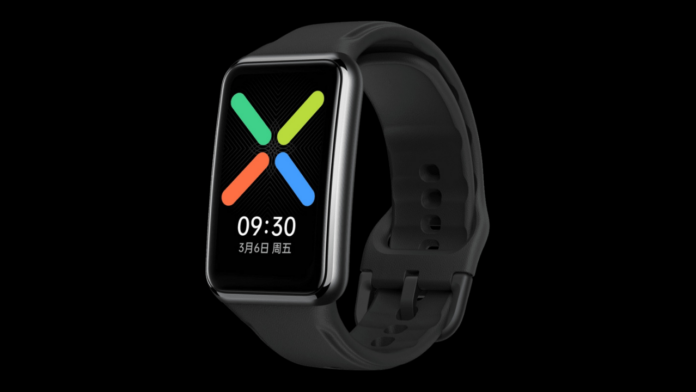 Oppo has a couple of Watches under its name, powered by the Wear OS software. However, it seems like the company is working on a new one called the Oppo Watch Free and the renders for which have now been leaked. The renders show the watch from all angles.

These renders have been leaked by tipster Evan Blass. They also show the two colour options in which the watch will arrive. From the looks of it, the Watch looks more like a fitness tracker and not a smartwatch. The design is nothing unique and has been seen with many other fitness bands from various other manufacturers.

It has a rectangular display stretched vertically, which looks similar to the Realme Band 2 announced recently. It seems like it has a metal frame coloured black for the black variant and gold for the beige variant. There doesn’t seem to be any hardware buttons on the watch to control it. The strap appears to be made of rubber for a comfortable fit.

Further, the specifications for the watch haven’t been revealed yet. However, the Oppo Watch Free is expected to be announced by the end of this month. Moreover, it may run RTOS instead of ColorOS Watch.

The Oppo Watch 2 was launched with the Snapdragon Wear 4100 chipset. This chipset was unveiled last year and is the successor to the Wear 2500 chip.