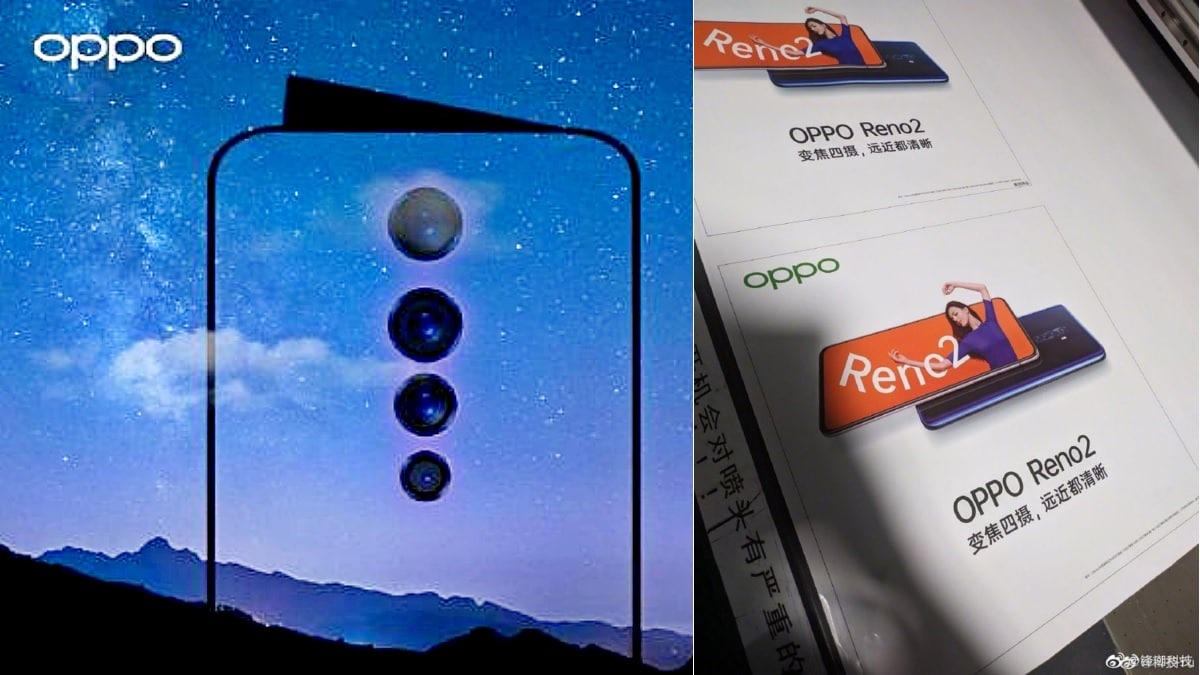 Oppo Reno 2 will pack a 48-megapixel primary camera with a 13-megapixel telephoto lens.

Now details about the Oppo Reno 2’s quad rear camera resolution surfaced online. Moreover, alleged marketing images of the Oppo Reno 2 have also been leaked which show the phone in a blue surface finish. Apart from this, the Oppo Reno 2 has also received 3C certification with model number OPPO PCKM70 in China.

The leak comes via a Weibo account of Fengchao Technology which reveals that the Oppo Reno 2 will pack a 48-megapixel primary camera with a 13-megapixel telephoto lens. The media invite also revealed that the upcoming smartphone will be equipped with a whopping 20X zoom. It has also been revealed via media invite that Reno 2 series is coming first to India

Apart from this, the smartphone will also feature an 8-megapixel super wide angle lens for capturing a wider panorama and a 2-megapixel monochrome sensor. Hower the leak does not give any information on details like aperture or pixel size of the upcoming smartphone. For the front, there will be Shark Fin rising camera, which is also present in the first generation of Reno smartphones.

The leaked marketing poster of the Oppo Reno 2 revealsa full-screen display with minimal bezels and a thin chin. On the backside, the smartphone will be featuring a quad-camera setup with sensor aligned vertically in the top-centre position.

Meanwhile, the 3C certification via DroidShout, has revealed that the phone will come with VOOC 3.0 support for 20W fast charging and it will support 5G connectivity as well.