Oppo released its flagship Find X2 device last year and it was one of the most underrated devices of 2020. Now, the company is allegedly working on the successor to the Find X2, which should be the Find X3.

The specifications for the Find X3 Pro have already leaked in the past but a new geekbench listing bearing the model name CPH2173, which is possibly either the Find X3, or the Find X3 Pro, states that the device will obviously sport the Snapdragon 888 because the scores match the performance level of the processor, have 12GB of RAM and will run on Android 11 which should be based on ColorOS 11.1.

The device scores 1134 points in the single core test and 3360 points in the multi-core test. Not only this, but the alleged Find X3 device (either non-pro or pro) also appeared on Antutu Benchmarks and scored 7,71,491 points which is a new record on the benchmarking app. 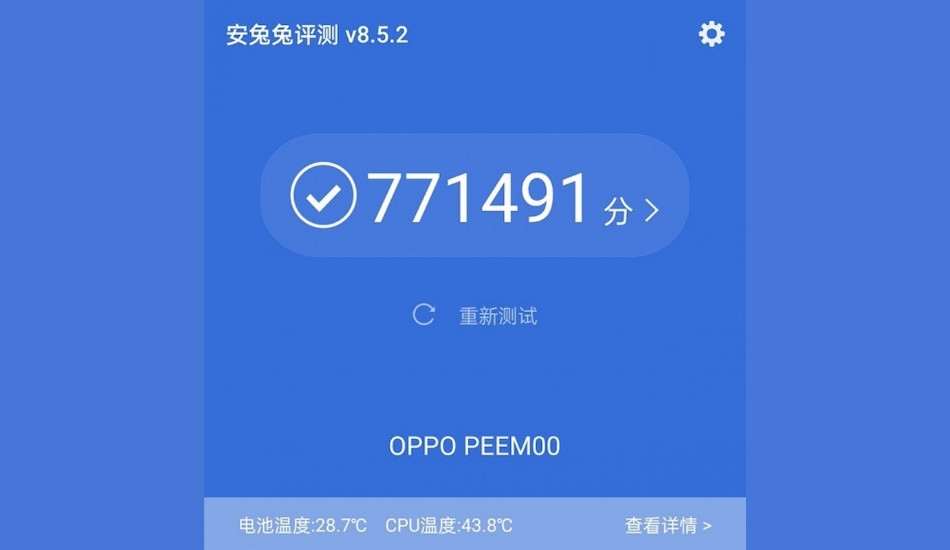 The official numbers by Qualcomm for the Snapdragon 888 is 7,35,000, but the AnTuTu result is a sum of four phone components namely, CPU, GPU, UX and memory.

As a recap, The Oppo Find X3 Pro, as per the previous leak, features a 6.7-inch Quad HD+ display with 3216 x 1440 pixels resolution with system-wide end-to-end 10-bit colour support and a dynamic refresh rate ranging from 10Hz to 120Hz. It should be powered by the Octa-Core Snapdragon 888 5nm processor with Adreno 660 GPU.

For the camera, the Oppo Find X3 Pro should have a 50MP Sony IMX766 primary camera for wide-angle shots and another same sensor for ultra-wide angle shots, along with a 13MP tertiary sensor with 2x optical zoom support and a 2MP macro camera with 25x zoom support.

The Find X3 Pro is expected to be backed by a 4500mAh battery with 65W SuperVOOC 2.0 flash charge and 30W VOOC Air Wireless charging. The device should weigh around 190 grams and have 8mm of thickness and should also feature a NFC chip for contactless payments.