Oppo F5 with dual front camera to launch on October 26

Chinese smartphone maker Oppo is all set to launch its new “Selfie Expert” smartphone Oppo F5 on October 26 in the Philippines. The company has started sending out the media invites for the launch event to be held on the said date. The invite shows the image of the phone with bezel-free 18:9 screen and the single rear and front dual camera setup along with the fingerprint sensor on the back. 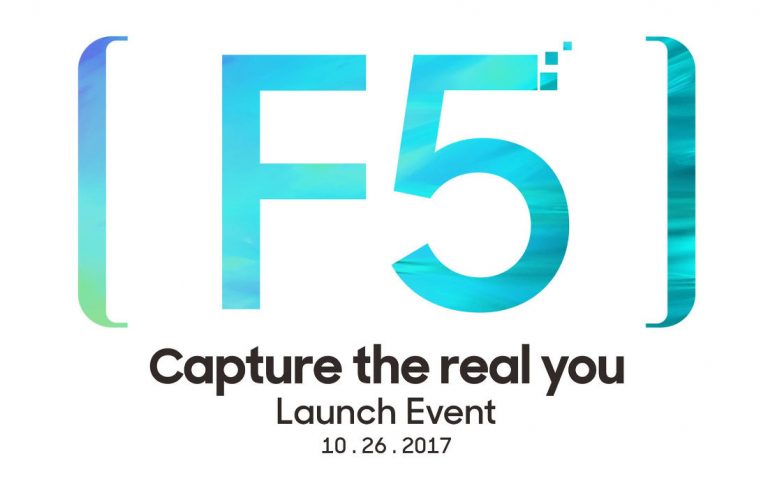 Recently, Oppo F5 surfaced via a promotional video in the Philippines. The video was aired on a Phillipino news channel, ABS-CBN Lifestyle, showed a number of models taking selfies with the black coloured smartphone. It shows the bezel-free 18:9 screen and the rear and front dual camera setup. From the video, we can see that the Oppo F5 will feature a single rear camera on the back. There is also a fingerprint scanner on the back which will make it the first Oppo phone to features fingerprint sensor at the back just above the Oppo logo. Currently, all Oppo smartphones come loaded with a front-facing fingerprint sensor.

As far as specifications are concerned, the Oppo F5 is said to feature 6-inch display with full HD+ display with the resolution of 2880×1440 pixels and an aspect ratio of 18:9. It will reportedly be powered by Qualcomm Snapdragon 660 chipset which will be coupled with 6GB of RAM and 64GB of internal storage.

For the camera, the Oppo F5 will boast dual-camera setup at the front which is said to be a pair of 16-megapixel sensors. At the rear, it might feature a 20-megapixel single camera. The Oppo F5 is expected to be backed up by a 4,000mAh battery.

Share
Facebook
Twitter
WhatsApp
ReddIt
Previous articleLenovo K8 Plus review: A decent performer with some room for improvement!
Next articleHonor 7X with dual rear cameras certified by TENAA ahead of launch on October 11
RELATED STORIES