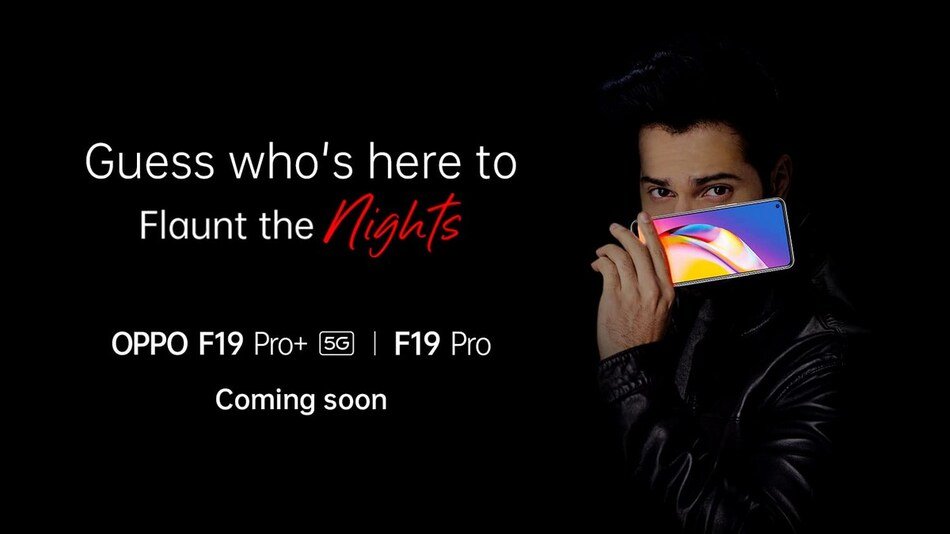 Oppo will be launching Oppo F19 Pro smartphone along with Oppo F19 Pro+ in India on March 8. Now ahead of the launch, the specifications and renders of the upcoming Oppo phones have surfaced online.

According to renders leaked by tipster Ishan Agarwal and PriceBaba, Oppo F19 Pro and Oppo F19 Pro+ smartphones will feature AMOLED display and a quad-camera setup.

Oppo F19 Pro will come with a 6.43-inch Super AMOLED display with a Full HD+ resolution. There is a hole-punch cutout on the front to house the 16-megapixel selfie camera. The phone is said to be powered by an octa-core MediaTek Helio P95 SoC coupled with 8GB of RAM and 128GB and 256GB of onboard storage options.

The phone is also said to have an in-display fingerprint sensor. Further, the tipster says that there will be a 4,310mAh battery that will support 30W VOOC flash charge Oppo F19 Pro. It will run on Android 11 based ColorOS 11 out of the box.

The leaked renders also suggest that the Oppo F19 Pro would include a 3.5mm headphone jack and a USB Type-C port. The F19 Pro will come in Silver, Purple, and Black colours.

Oppo F19 Pro+ will feature the same display size as of Oppo F19 Pro. So there will be a 6.43-inch full-HD+ Super AMOLED display. It will reportedly be powered by an octa-core MediaTek Dimensity 800U SoC coupled with 8GB of RAM and 128GB of UFS 2.1 storage.

The battery will be slightly bigger at 4,500 mAh with 50W fast charging than Oppo F19 Pro. It will come with 64-megapixel primary camera, an 8-megapixel ultrawide sensor, and a 2-megapixel depth sensor. Details of the fourth sensor are unknown at the moment.

The F19 Pro+ will also run on Android 11 based ColorOS 11 out of the box. It will come in Silver and Black colour options.

Meanwhile, tipster Evan Blass, aka evleaks has revealed that Oppo F19 will debut in other Asian markets as Oppo Reno 5 F and Oppo A94 in Europe.