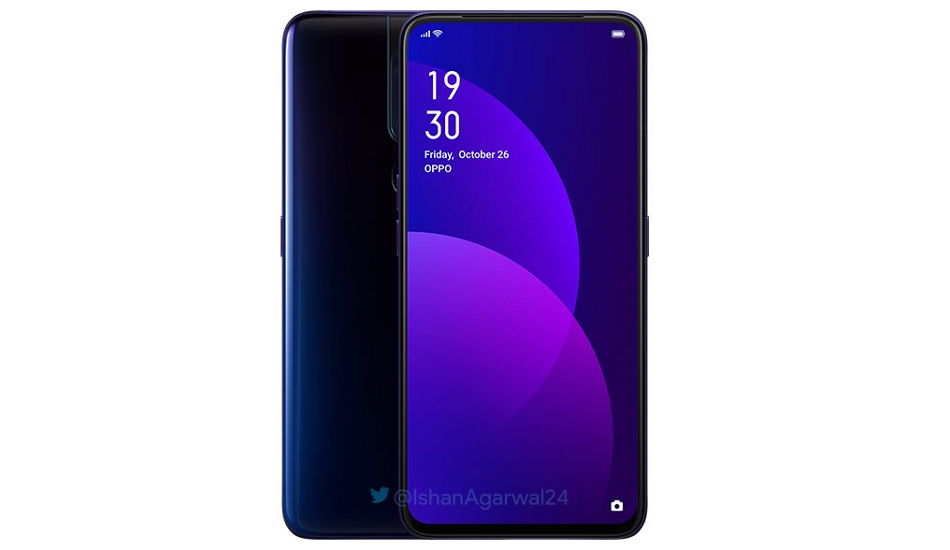 The 64GB variant is now priced at Rs 22,990, while the price of its 128GB storage is now slashed to Rs 23,990. The price cut was first posted by Mumbai-based retailer Manish Khatri of Mahesh Telecom. It is worth noting that the price cut comes just days after Oppo started selling Oppo F11 Pro 128GB storage variant on Amazon India.

Alongside revealing the price cut, the retailer has revealed that Oppo will bring the Oppo F11 to the Indian market soon with a price tag of Rs 17,990 for which pre-orders have already opened via offline retailers. The Oppo F11 was launched alongside the Oppo F11 Pro back in March for Rs 19,990, but it is yet to go on sale in India.

Meanwhile, Amazon has also listed the Oppo F11 on its website and announced that the sale of the phone will start on May 18 at 12 P.M. The phone is currently available for pre-order on Amazon India. 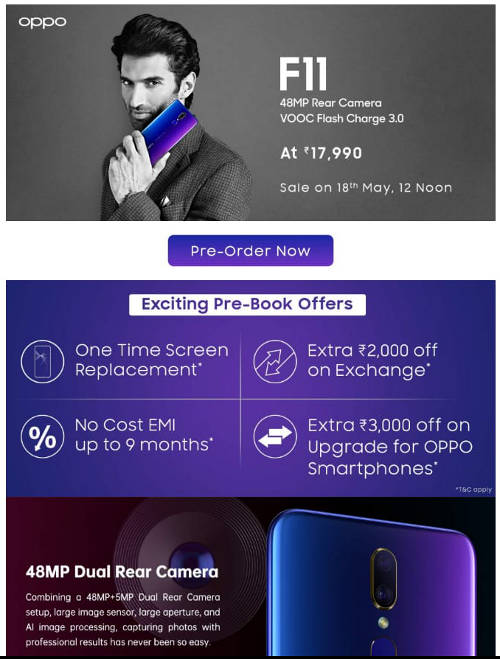 Oppo F11 Pro features a gradient finish and a 6.5-inch Full HD+ display with a screen resolution of 2340 x 1080 pixels, 90 percent screen-to-body ratio along with Corning Gorilla Glass protection. It is powered by an octa-core MediaTek Helio P70 processor along with Mali-G72 MP3 GPU. The phone is backed by a 6GB of RAM and 128GB of internal storage, which can be further expanded via microSD card slot.

The Oppo F11 Pro is backed by a 4000mAh battery along with VOOC 3.0 fast charging. The phone runs on ColorOS 6.0, which is based on Android 9.0 Pie. The major highlight of the smartphone is the 48-megapixel rear camera coupled with a pop-up selfie shooter. The dual rear setup comes with a combination of 48-megapixel primary lens and a 5-megapixel secondary shooter. For the front, there is a pop-up selfie camera that houses a 16-megapixel sensor.

The Oppo F11 comes with a 6.5-inch Full HD+ display with a resolution of 2340 x 1080 pixels and a waterdrop notch. It is powered by an Octa-core MediaTek Helio P70 12nm processor with 4GB of RAM and 128GB of internal storage.